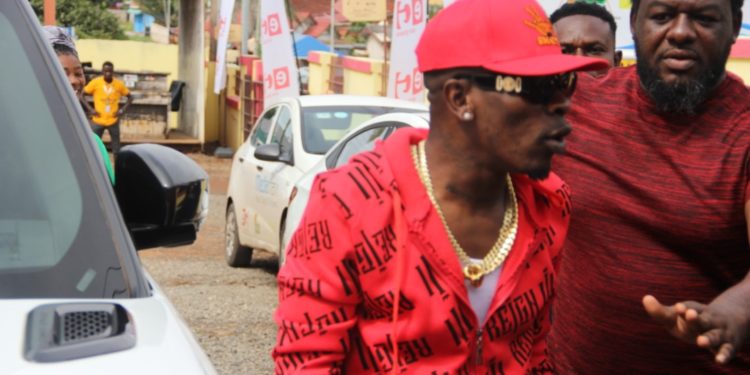 Shatta Wale is a Product-Bulldog

Shatta Wale’s price tag is currently pegged at a whopping five hundred thousand dollars ($ 5000) and Bulldog his manager explained why.

‘’Shatta Wale is a product and needs to be treated as such. A tin of milk costs the same in Accra as it does anywhere else in Ghana. In the same vein Shatta Wale as a product, should be affordable to people everywhere including someone leaving in Berekum once the person needs his services’’ he said.

When Shatta Wale returned from his self-imposed exile from the music scene and branded from Bandana to Shatta Wale, many believe it was Bulldog who managed him and helped established his presence in the industry.

However, they both parted ways acrimoniously which was punctuated with subtle shades thrown at each other. Bulldog started defending Shatta Wale in the aftermath of the brawl he had with Stonebwoy at the 2019 VGMA
Dancehall artiste Shatta Wale is set to release his next studio album ‘Wonder boy’ on the 19th October 2019.