Question source of funding for the National Cathedral – Editor 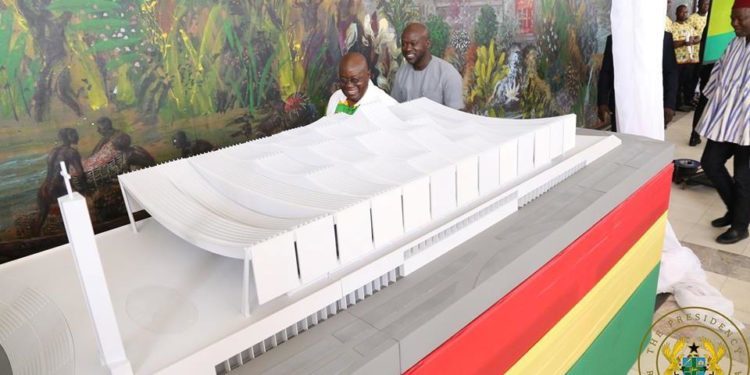 Editor of the Custodian newspaper, Awudu Mahama, has stated that Ghanaians should quiz the source of funding for the construction of the National Cathedral rather that the president’s position.

According to him, the president takes decisions based on issues affecting the state “so people can question how money is put into the cathedral but we cannot say that it is the president’s personal property.”

Interviewed on the Happy Morning Show in a discussion on issues with regards to claims by Finance Minister Ken Ofori Atta that the Construction of the National Cathedral is state owned and not Akufo Addo.

He maintained that, every initiative by the president is to change the living standard of the people in the state and not for his personal interest .

” The president made a promise to initiate Free Senior High School when voted as president, also during the Covid 19 invasion there was the construction of the Ghana disease control center which was built by a private company so if the president brings an initiate, it is for the state not for him,” he told Samuel Eshun.

His reaction comes after the finance minister Ken Ofori Atta made claims before the committee setup by the Speaker of Parliament to probe issues concerning over 90 MPs calling for his dismissal, the finance minister said that the National Cathedral is 100% owned by the state and not the presidency.

Numbering about 90, the MPs who constitute a greater number of the Majority Caucus threatened to vote against all government businesses that will come before the House.
At a press conference addressed by the Asante Akyem North MP, Andy Appiah-Kubi, the MPs said Mr. Ofori-Atta has ran the economy aground and must be shown the exit.
The National Cathedral of Ghana is a planned interdenominational Christian Cathedral scheduled to be built in Accra , the nation’s capital as part of Ghana’s 60th anniversary celebrations . The design for the Cathedral was unveiled by the president of Ghana, Nana Akufo Addo in March 2018.

The announcement of the Cathedral orchestrated a lot of criticisms from Ghanaians since they feel the economic hardships in the country should be tackled rather than building a Cathedral.