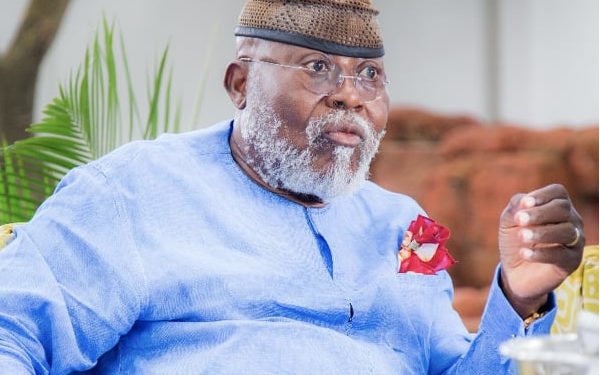 The former Acting Director of Communications, for the New Patriotic Party (NPP), Yaw Adomako Baafi has cautioned Ghanaians not to take a founding member of the NPP, Dr. Nyaho Nyaho Tamakloe, serious.

According to Adomako Baafi, Nyaho Tamakloe has a track record of speaking ill about Akufo-Addo and the NPP without any basis, and he [Nyaho Tamakloe] is just doing the bidding of John Mahama and the NDC.

Speaking on Happy FM’s Epa Hoa Daben show, the Legal Practitioner explained to the host, Kwame Afrifa-Mensah, that in the run-up to the 2016 general elections, Nyaho Tamakloe urged Ghanaians not to vote for then-candidate Akufo-Addo, “because he cannot lead Ghana and will not do any proper thing for Ghana. First of all, when he said these things, Ghanaians did not heed to his advice but voted for Akufo-Addo. This implies that Ghanaians already do not trust him.

Secondly, most of the things that he said Akufo-Addo cannot do like the Free SHS, Planting for Food and Jobs, various railway lines, National Identification among other projects have successfully been implemented. If such a person comes to make corruption allegations, do we have to believe him? Again, on what proof does he accuse Akufo-Addo of being corrupt?”

Adomako Baafi added that the suspended NPP stalwart has begun a campaign to project former President Mahama and his brother, Ibrahim Mahama’s bidding at the expense of the party he claims to belong to.

Belgian GP: SPA Redemption In The Offing For Sebastian Vettel?

My victory has brought shortage of ‘Pito’ – Fmr. IGP Secretary

My victory has brought shortage of ‘Pito’ – Fmr. IGP Secretary