Video: Is Lord Paper actually having s*x in this Music Video? 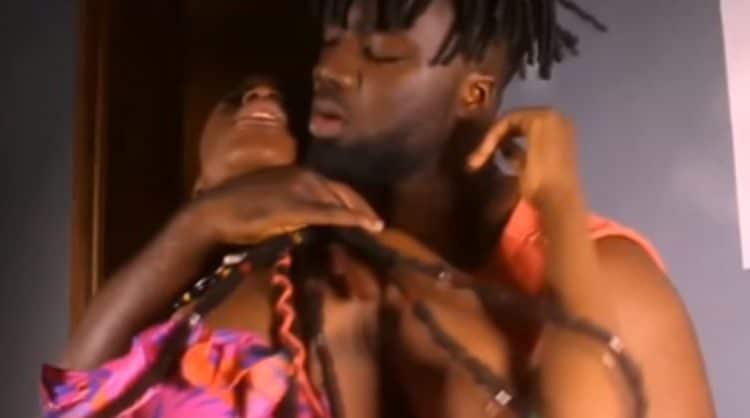 Lord Paper has revealed that he actually had s*x with model Nana Yaa Jamaican in the video for his breakout single ‘Awurama’.
The raunchy music video depicted a couple making love and the scenes looked so real people said the two must have really had s*x.
However, both Paper and Nana Yaa later denied that was what happened, insisting the s*x wasn’t real…until now.
Lord Paper spoke with Class Fm over the weekend and went deep into the issues surrounding the clip, admitting for the first time they actually had s*x.
“So you did (have s*x) in the video?” the host asked the artist, to which he replied: “Yes”
“It was a job and I paid her.” he added.
Paper, who called Ghanaians perverts in that interview, also added that we don’t appreciate ‘good songs’. He said since ‘Awurama’ he has released some very good songs but they never trended like the n*de one did.