We are eating away our survival – GIJ Deputy Rector 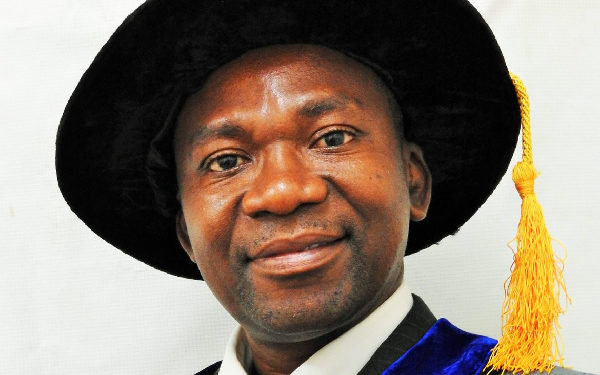 We are eating away our survival-GIJ Deputy Rector

Acting Deputy Rector of the Ghana Institute of Journalism, Dr. Modestus Fosu, has advised Ghanaians to think about the future generation when making food choices.

‘’When you travel from Accra to Kumasi, you will see an array of smoked animals like hedgehogs, antelope and grass cutters on display as food. Society is eating its survival away. Look at how we destroy our forests. We have to preserve the world as we came to meet it. I am yet to see a smoked lion on display,’’ Dr. Fosu stated.

Dr. Fosu, who delivered the welcome address on behalf of Prof Kwamena Kwansah-Aidoo, also expressed pride and excitement in the partnership between GIJ and FAO.

“Communication institutions need to communicate the importance of food security, healthier and sustainable environment. And GIJ as an institution deems it urgent to build the capacity of both faculty and students in issues of biodiversity and sustainability so that it becomes top of the priority list for new group of communicators and academics, ’’ he added.

He called on practising journalists to shape the conscience of Ghana as curators of society.

“Food security and biodiversity need to be communicated in a language that ordinary Ghanaians will understand. I encourage the media to renew their enthusiasm in reporting issues of biodiversity to sustain life,’’ he said.

As part of the event, a student debate took place where future media practitioners discussed the role of journalism to safeguard biodiversity and tackle the ongoing issues in Ghana that could endanger biodiversity.
Additionally, the celebration served as a venue for a ‘Colour Run’, where students dynamically used their creative talents in expressing their biodiversity messages in vibrant colours.

The event, under the theme: ‘Our Biodiversity, Our Food, Our Health’, also launched the publication ‘Africa Regional Synthesis for the State of the World’s Biodiversity for Food and Agriculture’.

Meanwhile, GIJ established in 1959 by Dr. Kwame Nkrumah, has launched its 60th-anniversary celebration that will feature activities from March through to October 2019 and culminate in October with an alumni homecoming grand durbar and gala night.

How Ghanaians reacted to Asamoah Gyan’s come back