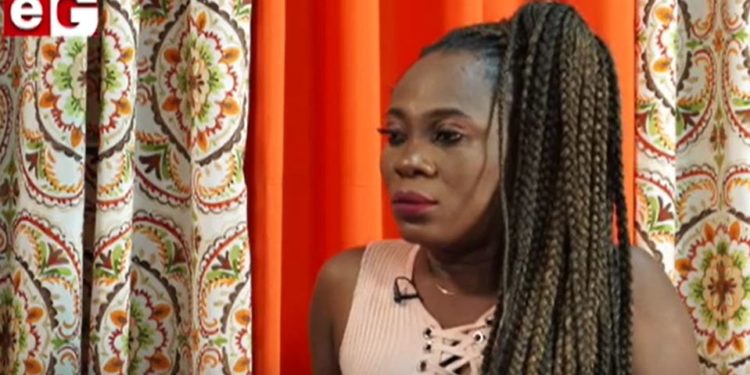 Dzifa Sweetness a sex coach has advised Ghanaian men to stop bragging that they had sex with a woman till she urinated on their bed.

She made these pronouncements on e.TV Ghana’s relationship show ‘INBED WITH ADWEN’ when the host ‘Adwen’ and his guests were discussing the various types of orgasm.

She listed and described some types of orgasm, the clitoral which many say if it were ice cream, it would be vanilla-not because it is bland but because it’s the standard. And the vaginal orgasm also known as ‘G-spot’ orgasm.

Dzifa Sweetness however, said that women with extremely large clitoris are the luckiest beneficiaries of the clitoral orgasm.

‘’Women with big clitoris experience this type of orgasm when a little pressure is applied to their clitoris during sex’’ she said.

These orgasms result from direct stimulation of the clitoris, and are described as localized, sharp, bursting, and short-lasting.

“So many men call women with big clitoris witches. But they are not and there is nothing mysterious about a big clitoris. It is rather a gift because it is easier for such women to have clitoral orgasm. When they are experiencing orgasm their clitoris that looks like a miniature penis vibrates and squirts’’ she said.

She further explained that the clitoris is bigger internally than it is externally.

’’Every woman’s clitoris is big but it is shaped like a wishbone that extends all the way down to the vagina, and it is massively important to a woman’s climax. In fact, the clitoris is the way that most women have orgasms,” she said.

However, the clitoris, the magical love button with over eight thousand (8,000) nerve endings, is responsible for pushing most women to experience earth-shattering orgasms.