Video: Woman beats husband for calling her prostitute in ‘trotro’ 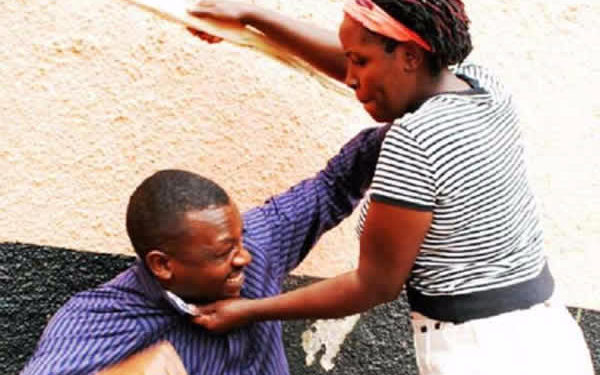 An unidentified woman who got furious with her husband for calling her a prostitute beat him in a commercial bus in Lagos, Nigeria

According to an eyewitness who took videos of the man’s ordeal, the discipline was as a result of the attacker’s husband alleging that she gave out her number to a male passenger she shared the front seat with.

In a video circulating on social media, the furious woman is seen strangling and punching her defenseless husband who sat still throughout her abuse.

The passengers on the other hand were attempting to calm the woman who had obviously lost her temper.

Despite all efforts to avert the situation, the woman vowed to continue her abuse upon reaching home.

EC has no power to withdraw a bill on referendum- Fmr. Local Governance Minister

EC has no power to withdraw a bill on referendum- Fmr. Local Governance Minister