Trump backs off praise of Russia's Putin after debate 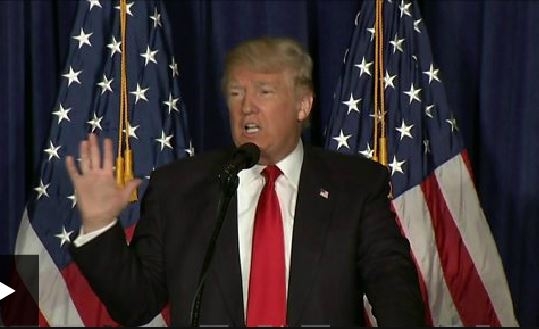 U.S. Republican presidential candidate Donald Trump backed off from praising Vladimir Putin on Wednesday, saying he was unsure of his relationship with the Russian president who he has described as a better leader than President Barack Obama.
The day after running mate Mike Pence appeared to break ranks with Trump during a vice presidential debate and called Putin “a small and bullying leader,” Trump adjusted his own previously warm rhetoric toward the Russian.
“I don’t love (Putin), I don’t hate. We’ll see how it works. We’ll see,” Trump told supporters during a campaign stop in the swing state of Nevada. “Maybe we’ll have a good relationship. Maybe we’ll have a horrible relationship. Maybe we’ll have a relationship right in the middle.”
Democratic presidential candidate Hillary Clinton has criticized Trump, who often praises Putin, as being too cozy with the Russian leader and questioned the Republican’s business interests in Russia. Those charges were repeated by her vice presidential candidate Tim Kaine during a debate with Pence on Tuesday.
In response, Pence denounced Putin for his interference in Syria’s civil war and support for Syrian President Bashar al-Assad.
“The small and bullying leader of Russia is now dictating terms to the United States,” Pence said. “The greatest nation on earth just withdraws from talks about a ceasefire, while Vladimir Putin puts a missile defense system in Syria.”
The vice presidential encounter set the table for a second presidential debate on Sunday in St. Louis between Clinton and Trump, who needs to rebound from a rocky performance in his first debate, one that gave Clinton a boost in national opinion polls with the Nov. 8 Election Day only five weeks away.
In Nevada, Trump suggested Russia could be a valuable ally in the fight against Islamic State, also known by the acronym ISIS.
“I will say if we get along with Russia and Russia went out with us and knocked the hell out of ISIS, that’s okay with me, folks,” he said.
Trump celebrated a strong debate performance by Pence, the governor of Indiana, and said his running mate had won on style and on the issues.
“He’s getting tremendous reviews from me and everybody,” Trump told a group of pastors and leaders gathered at a Christian academy in Las Vegas.
DEBATE ATTACKS
The encounter between Pence and Kaine, a U.S. senator from Virginia, was the only such debate between the vice presidential contenders, and the two spent most of their time attacking each other’s running mates.
For more than 90 minutes at Longwood University in Farmville, Virginia, Pence sought to project an image as a reassuring presence, in contrast with the bombastic Trump, while Kaine tried to frighten voters away from Trump and make Clinton seem more trustworthy.
A CNN/ORC snap poll declared Pence the winner with 48 percent support, compared with 42 percent for Kaine, who frequently interrupted his opponent.
The television audience for the debate was 35.6 million viewers, according to preliminary data, about half the number who watched the first encounter between Trump and Clinton.
Republican strategists said Pence’s strong debate performance could provide lessons for Trump on how to approach the second debate – if he was willing or able to learn.
“Trump should hopefully learn a lesson – don’t get angry, don’t lose your cool, answer the question you want to answer,” Republican strategist John Feehery said. “The biggest thing is to not get rattled and be able to smile when you are attacked.”
Clinton met with advisers at her Washington, D.C., home on Wednesday and did not appear on the campaign trail. An aide said she spoke by phone with Kaine and congratulated him on his debate performance.
“Mike Pence didn’t want to defend Donald Trump, and as Senator Kaine said, if you can’t defend the person at the top of the ticket, how can you ask people to vote for you,” Clinton campaign chairman John Podesta told reporters outside her house.