Ziyanda begs for mercy but Suffo is having noe of it. Rhythm City Monday to Friday at 7PM. 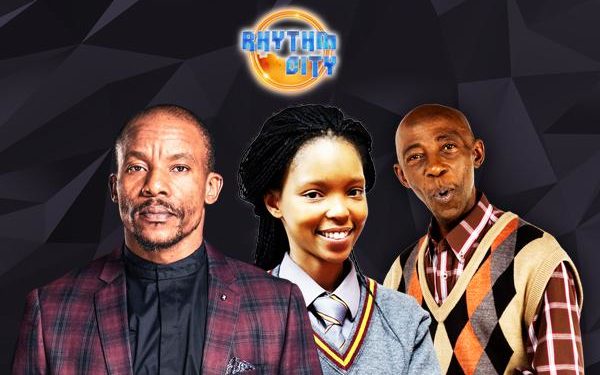 Monday
Lerato closes the deal to join the government panel, and loses no time in using this fact to intimidate David.
Khulekani is lavishing love on his perfect family, bidding his kids farewell as they head off to their British boarding school, but at that same time he is stalking Jamaica.
Having agreed to not mention the calling in public again, Rene finds herself falling back on it when challenged by Gail in a live on-air interview.

Tuesday
Rene is enjoying her return to the spotlight, but when she is asked to appear in a news insert, Mampho has had enough, and lets her know it.
Suffocate is determined to get his revenge when Lerato tells that Ziyanda is the one who set him up.
Jamaica is wrestling with Khulekani’s offer to invest in Jamaica’s salon as his obsession grows bu8t this leaves Jamaica confused.

Wednesday
Rene is nervous about her interview. Maphikelela assures her the ancestors will be with her, could this Maphikelela guy be using Rene to get famous?
Pearl pitches a new vision for RedHub to Suffo, but he’s pissed at Ziyanda and Lerato and refuses her. Pearl looks for other avenues, and even considers David. Suffo tries to suss out if Ziyanda betrayed him. He tells her he’s giving her an award for services to the BEA but Ziyanda suspects it’s a trap, and confides as much to Khulekani.

Thursday
Ziyanda is unsure of whether Suffocate is trying to trap her by hosting an award ceremony for her. Suffocate surprises Ziyanda and the Black Entrepreneurs Association with shocking news.
Jamaica is livid when he receives an expensive gift from Khulekani, but Khulekani manages to bamboozle him into meeting with him again.
Rene is shocked when Maphikelela drastically wants to take their relationship to the next level.

Friday
Ziyanda begs for mercy from Suffo, but he’s having none of it.
When Ziyanda later confronts Lerato, she surprises her by admitting to the betrayal. A better deal came up – although she doesn’t explain what it is. Pearl asks Mzi for help with Suffo and this gives Mzi some hope that they can still find way to each other.
Jamaica is feeling very connected with Khulekani, but then he can’t reconnect with him but eventually they somehow consummate their relationship.

Apple Card can be damaged by wallets and jeans

Apple Card can be damaged by wallets and jeans