First prejudice and then love. Rhythm City Monday to Friday at 7PM. 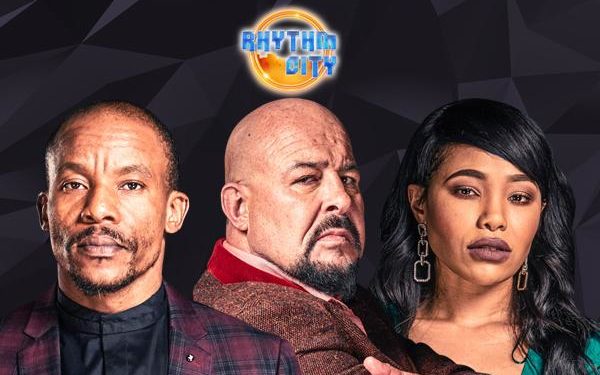 Monday
Rene gets jealous when she hears that Valentine’s launch was such a success. She has a first meeting with the sangoma, who seems to tell her everything she wants to hear.
Mampho manages to buy some time before the second story against Suffo, but when she returns to interview Lesego again, she discovers that she has fled town.
Suffocate has a terrible confrontation with Lesego’s mother.

Tuesday
Lerato and Ziyanda come face to face for the first time, and it’s a wary dance. Mampho unearths evidence that Lesego might have been paid off. Lerato does some digging of her own, and finds something intriguing at Lesego’s home.
Jamaica seeks guidance on whether or not to participate in Nandi’s launch. He tries to back out, but Nandi overwhelms him with her generosity. The evening is a success, but it’s ruined when Khulekani is nasty to him again.
Maphikelela tells Rene that it’s all true. She has a calling, and he should be her guide.

Wednesday
Lerato befriends Ziyanda with ulterior motives. Suffocate is suspicious of Ziyanda’s involvement with Lerato.
Lerato cracks the mystery of Suffocate’s accuser.
Jamaica is conflicted about standing up to Khulekani about his homophobia. Mampho and Rene question whether Rene really does have the calling.

Thursday
Ziyanda admits she set Suffocate up. She realises Suffocate is starting to suspect her, so she turns to David for help. Will David agree?
When Khulekani pitches up at the salon, Jamaica fears the worst. He’s taken aback when Khulekani apologises, insists he takes the money due to him and asks for a private haircut.

Friday
Jamaica is stunned after Khulekhani kisses him.
Ziyanda realises she has been completely outplayed by Lerato. Lerato gets her place on the presidential panel. David realises he has totally underestimated Lerato.
Mampho tries to talk Gail out of interviewing Rene. Kop has no luck talking to Rene.