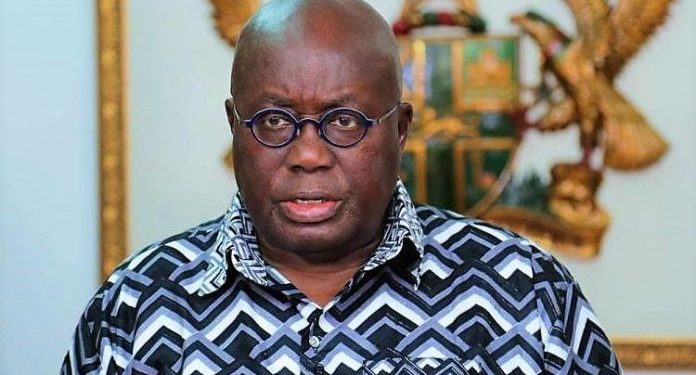 Communication Team Member of the National Democratic Congress (NDC), Kwaku Owusu Banahene says he is disappointed in persons who draft the speeches of the President.

According to him, these persons do not draft the speech to reflect the issues on the ground. Rather, they prepare speeches that will only make the President look and feel good about himself.

Owusu Banahene’s statement comes at the back of the President’s comments that the free senior high school (SHS) policy implemented by his administration has proved to be a success.

During a panel discussion on the ‘Epa Hoa Daben’ show, the NDC Communicator reacted, when he said: “I am disappointed in his speechwriters because he doesn’t know what is happening on the ground. Out of the over 400,000 students who sat for the WASSCE, 173,704 failed mathematics. People also failed English. To progress to university, you need an English and Maths pass. Yet, we are touting that the free SHS has been a success.”

Besides criticizing the implementation of the free SHS policy and the introduction of the double track, he added that it was shameful that for the first time, the government had to procure past questions for WASSCE candidates to ensure that they pass the exams.

President Nana Addo Dankwa Akufo-Addo has said the free senior high school (SHS) policy implemented by his administration has proved to be a success and must be sustained as a permanent feature of the educational system.

He said the performance of free SHS students in the West African Senior School Certificate Examination (WASSCE) had shown that the government was upholding quality in the implementation of the policy.

He made this statement during the 70th anniversary of the Tamale Senior High School (TAMASCO) over the weekend.

In 2017, the government launched the free SHS policy, with the aim of increasing access, lifting the financial burden off parents, among other things.

Listen to us on 98.9 FM and on our affiliate networks;

Does a man’s ass size determine the size of his manhood?

Does a man’s ass size determine the size of his manhood?