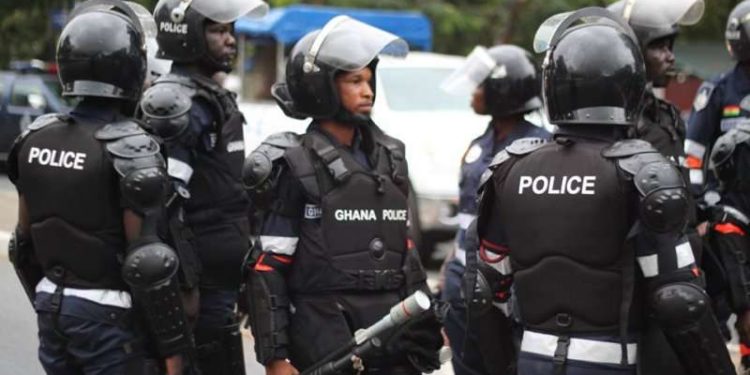 Security Analyst, Adib Sani, has described the police’s attitude toward the #FixTheCountry group as “a case of bully”.

According to him, the #FixTheCountry group seems to be at a disadvantage because the government and the police do not regard them as a “political force”, hence the restriction on the intended demonstration.

His comments come after many have questioned the decision of the police to allow the NDC to demonstrate while preventing the #FixTheCountry campaigners from protesting; citing the ban on public gathering.

Adib Sani, in an interview with Samuel Eshun on the Happy Morning Show, explained: “The police ban on the FixTheCountry campaigners is a simple case of bullying. The government and the police were just bullying these young people because they realized that they are not a political force. And because they don’t have certain strengths, they were bullied by a decent way through judicial processes.”

Also explaining why the NDC may have been allowed to go on demonstration, Adib Sani shared that preventing the opposition could mean “dragging the country into disrepute both internally and with the international community.”

Meanwhile, the security expert says he expects some Ghanaians to join the NDC’s demonstration as “Ghanaians seem to be choked with the plethora of issues that are socio-economic in nature particularly in recent times, the spate of insecurity, joblessness, general perception about law administration so to speak.”

He adds that some Ghanaians will want to show their resentment and frustrations towards the ruling class through the demonstration.

The NDC youth wing had notified the police that it will organize a street protest dubbed ‘A March for Justice’ on Tuesday, July 6, 2021, to demand justice for all persons killed or brutalized by the various security agencies in the country.

The police had earlier declined an invitation to provide security for the protest on the basis that COVID-19 restrictions were still in force.

But the NDC insisted on embarking on the protest, rubbishing the reasons for the denial of their request.

Subsequently, the Ghana Police Service promised to give the NDC protesters protection for the scheduled demonstration.

This, however, is in sharp contrast with the case of the #FixTheCountry demo where the police filed an ex-parte motion at the High Court against the planned protest.

Unhappy with the development, the group took the issue to the Supreme Court, where a five-member Supreme Court panel nullified the May 6, 2021 injunction order.

Video: I have decided not to play Diana Hamilton’s songs anymore – Mike 2