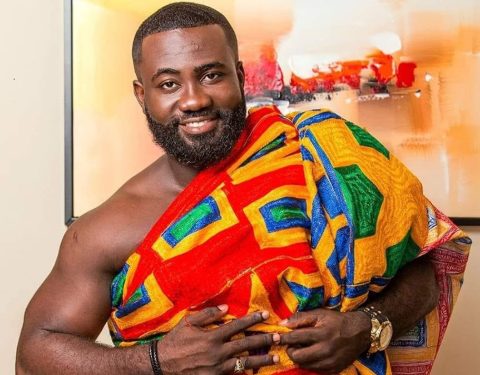 We have seen so many people take up the mantle of advocacy and drop it along the way. But observing from a distance, media guru and writer, David Wincott has exclaimed that, Happy98.9FM’s Okatakyie Afrifa Mensah is an exceptional advocate and deserves to lead Ghana.

In a special edition of Happy98.9FM’s political talk show ‘Epa Hoa Daben’ which sought to throw its weight behind the National Day of Prayer and Fasting, David Wincott who had closely followed host, Afrifa’s advocacy role in fighting the coronavirus in the country had this to say:

“I am surprised by the strength and energy with which you have championed issues of national interest on radio from last week. For your dedication to the work of God and the nation,people like you have to be positioned in areas of power to lead the country,” he said.

According to David he is not suprised Afrifa has been nicknamed the youth president. And he added that Ghana as a nation, needed selfless and dedicated people like Kwame Afrifa if the country was to develop.

Okatakyie Kwame Afrifa, host of Happy 98.9FM’s Epa Hoa Daben has dedicated his career as a media personality to talk about the ills of government and dare into waters which most broadcast journalists fear to.

As an epitome of justice, he has championed campaigns that have led to positive action by the ruling government. One of such notable actions include the campaign that led to the arrest of some people suspected to be involved in the excavator scandal that rocked Ghana a few months back.