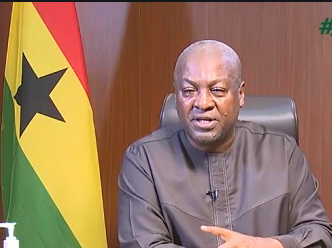 Mahama writes on Day 14 of Lockdown

The National Democratic Congress has re-echoed its promise to make possible the inclusion of fishermen, in the SSNIT pension scheme to ensure that they have some money to cater for themselves and their family after retiring from active fishing.

This information reaching Happy 98.9FM was divulged by the station’s central regional correspondent Nana Kweku Arhin while giving an update on John Mahama’s tour of the Central Region on the Happy Morning Show.
Kweku stated: “Sherry Ayitey made known that as stated in their manifesto, they will build a credit scheme facility that will help the fishermen when they are on pension.

They also promised to put all fisherfolks on the SSNIT scheme so that when these fishermen and women get old and cannot fish again, SSNIT will cater for them every month and also help their families”.

These welfare promises from the NDC are aside from the numerous for the fishing communities outlined in their manifesto.

They further promised to resource the University of Cape Coast (UCC) to complete the construction and
operationalization of the Fisheries College at Anomabu which was started by the NDC thereby strengthening quality assurance and inspection of feedstuﬀ used by fish farmers as well as
control and ensure the surveillance of fish pest and disease by the Ministry in collaboration with
the appropriate faculties at the Universities and other research institutions.

According to Kweku, John Mahama bemoaned the many NDC developmental projects abandoned by the incumbent government. The former president promised that if elected into power come December 2020, he will make sure to complete all these abandoned projects.

The Presidential Candidate of the National Democratic Congress (NDC), John Dramani Mahama begun a five-day campaign tour of the Central Region on Wednesday, October 14, 2020. His tour is expected to end on Sunday, October 18th 2020.

If highlife dies, all Ghanaians will die – Rex Omar