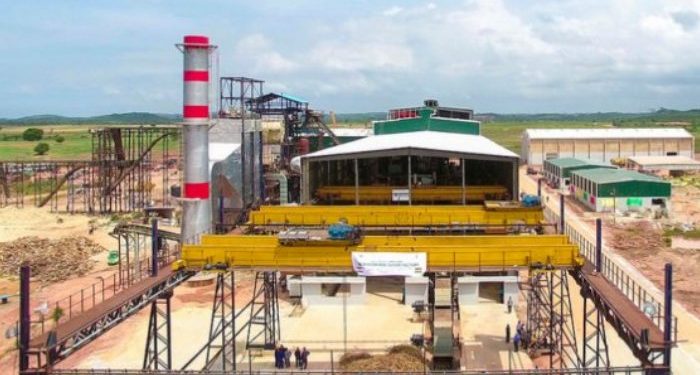 Deputy Information Minister Pius Enam Hadzide says Ghana has been “hoodwinked” and “deceived” by the previous government into thinking the Komenda Sugar factory was operational.

According to the deputy minister, it was “unthinkable” for the National Democratic Congress (NDC) to borrow $35 million and “sink all into building a factory which true value is less than half the amount”.

He expressed dismay at the erstwhile government for what he says was a problematic planning and execution of the Komenda Sugar factory.

“We were all hoodwinked and deceived into thinking that this factory was operation. In fact, a huge public funfair was held to herald the production of the first sugar.

“It turned out that that was not sustainable and a much ado about nothing; there was nothing to celebrate,” he added.

Speaking in an interview, the deputy minister said, “Even the cost; we borrowed 35 million dollars and at the end of the day, the factory is being valued at between 12 million and 13 million dollars by third-party agencies.”

His reaction was in response to comments made by Minority Leader Haruna Iddrisu who labelled the Trade Ministry’s supposed sale of the Komenda sugar factory as “fraudulent and a rip-off”.

The deputy Information Minister claimed that “even before we came, the NDC government has started discussions of diverting some slots into private hands to bring private participation”.

Tamale North MP Alhassan Suhuyini who was also on New Day lashed out at the current government for being “destructive” and “petty” in its posture on the Komenda sugar factory.

According to him, instead of the NPP government reviewing the project, they are rather seeking to sell the factory “for scraps”.

“This government is very destructive. The focus is not on making sure that those T’s and I’s are fixed so that the people enjoy the full benefit of that project. The focus is on destroying it to make a political point. What is that? What are we doing and why are we doing this to ourselves?” he questioned.