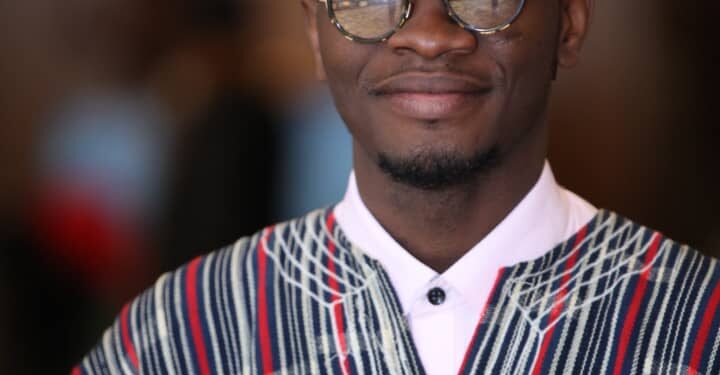 Sometimes, I struggle to understand the motivation behind certain catch phrases. I know that in order to secure a deal or an agreement, we are always eager to go out there with a phrase that will sweep investors off their feet and have them running to us. But these phrases mostly resonate the good projects already done and attest to the nature and integrity of the company at the pitching desk.

In like manner, the realm of politics also make use of such catch phrases and it is meant to not only describe the vision of aspirants but also expected to embody the current turnout of events.

I have spent the last two months, trying to scan through dictionaries and surfing the internet for what Mahama and the NDC mean by the word ‘rescue’. My search has yielded virtually nothing since everything points to the direction of protecting our progress as Ghanaians, from the prowling hands of John Mahama and his NDC who only mean to ‘rescue’ it into catastrophic failure.

I have always maintained that this year’s election and who we vote for as a people will champion our aspiration as a nation. We have in the last three and half years, made considerable gains as a nation. Gains that the man on the so-called rescue mission could not make during his tenure as President of this great nation. The NPP government led by H.E Nana Akufo-Addo has in its first term of office, instituted arguably the most encompassing social intervention programme in Ghanaian history- Free SHS. Now I ask, what needs to be rescued here? Is it the policy that John Mahama and his NDC maligned and labelled an impossibility which has now seen over 1.2 million students being given the opportunity to challenge themselves to higher heights? Ghanaians do not want to be rescued from this policy that has brought relief to parents and also significantly contributed to the rise in the enrolment of the girlchild.

Our younger siblings, our children, our grandchildren, our nieces and nephews are asking us to remember them and their future as we go to the polls on December 7. This election goes beyond politics as usual. It is about the security of education for our children and opportunities for them in a prosperous Ghana. Their education depends on our vote and we cannot let them down.

With other social intervention programmes like NABCO; NHIS; Planting for Food and Jobs; Restoration of Nursing and Teacher Trainee Allowances all going steadily, my question still remains- What is there for Mahama to rescue? This was the man whose government saw no need for the existence of trainee allowances and with the stroke of their pens cancelled it without a blink. Interestingly, his Running Mate, Professor Naana Jane Opoku-Agyeman, was the Minister responsible for Education when teacher trainee allowances were cancelled! If John Mahama could not rescue all those impactful policies then, what makes us sure he can rescue them now. John Mahama has always stayed true to one thing and that is himself and his undiluted quest for power, at the expense of the ordinary Ghanaian.

Knowing the importance of job creation and sustainability, government pays 70 million cedis every month to NABCO beneficiaries. To hear Mr. Mahama talk about job creation, gives me the chill. This was the same man who saddled our economy with so much corruption that unemployment almost became the order of the day. This was the same man, whose brigade consciously destroyed structures put in place to help develop and create jobs for our youth. Now, this same man goes about preaching operation “1 million” jobs, a number Nana Akufo-Addo’s government has already exceeded and continues to exceed. The job destroyer has turned into a “job creator” overnight? Scam!

What baffles me the most is his Manifesto on aviation. Government Official 1 who was fingered in the Airbus scandal is promising to make Ghana the aviation hub in West Africa. Is he going to do this by mortgaging all the airports in Ghana, both International and domestic to his brother like he did with our bauxite? John, once bitten, twice shy. Your role as Government Official 1 in the infamous Airbus scandal totally negates you from having any discourse with the good people of Ghana on aviation. For all we know, our runway would be miraculously teleported to Togo and our planes, which the current government under Nana Akufo-Addo is working so hard to have brought back, would find themselves flying to Burkina Faso like our guinea fowls. We have come too far to allow you take us down the swamp again. Governance is serious business!

Fellow Ghanaians, we are faced with a scam of a phrase that speaks to the lack of integrity of the NDC and their flagbearer. We are being presented with a man who would abandon ship, sit pretty in his life boat, alone, with a life jacket carefully strapped before yelling to his crew to abandon ship. We are faced with a man who puts himself first and the people he seeks to lead, last. However, we still have the power as a people to retain that First Officer, now Captain, who stayed aboard that ship and helped bring it back from the depths of the waters when he became Captainon January 7, 2017. With the power of our thumbs come December 7, it’s all hands on deck as we renew this committed and selfless Captain’s mandate, and we shall leave no one behind.

S3 kwaterekwa se obema wo ntoma a tie ne din – ne din di John Mahama, the self-proclaimed dead goat. The rescuer of nothing but love for power, influence and status. Ghana is not his mission. John Mahama is John Mahama’s mission and we cannot afford to mortgage the future of our nation to such a mission. If there is any rescue mission to be embarked on at all, it is the urgent need to rescue Ghanaians and indeed the NDC from John Mahama’s insatiable lust for power. Ghanaians were rescued four years ago by Nana Akufo-Addo and he certainly deserves 4MoreToDoMore.

G.S Khartey, Scribblings of the Scribe.

#GMABCElectionCamp:Effects of Campaign songs on political parties and artistes