Kojo Antwi reached out to me after my social media antics – Dada K.D 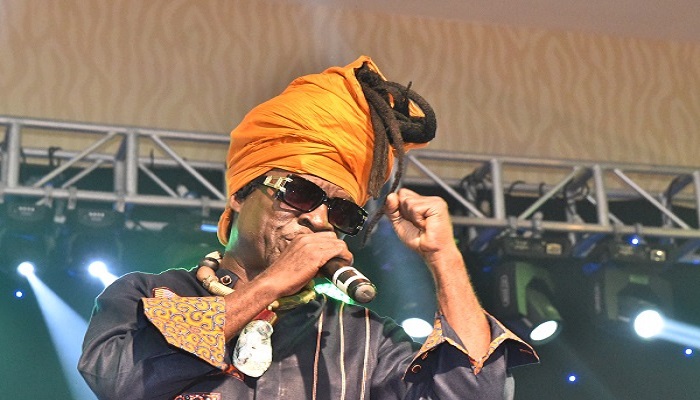 Kojo Antwi reached out to me after my social media antics - Dada K.D

Talented Ghanaian musical act, Dada K.D has disclosed that after reacting to the treatment he has received from various celebrated musicians in the country, only the highlife croner, Kojo Antwi has reached out to him.

According to him, the two were able to settle their differences after a meeting organized by Kojo Antwi.

He made this revelation in an exclusive interview on Happy 98.9 FM’s ‘Showbiz Xtra’ with host, Doctar Cann.

In a Facebook post Dada K.D accused Kojo Antwi of not giving him the exposure he deserved. “Kojo Antwi would like to invite me play with him on stage but would not bill me to perform with picture”

Dada K.D revelaed that after Kojo Antwi sighted the post, he personally reached out to him for them to resolve their issues and has even promised to feature him (Dada K.D) in his upcoming virtual concert.

Responding to people disrespecting him on social media for venting out his frustrations he said, “The truth is if I had not come to shake things up Kojo Antwi wouldn’t have called me for us to settle things and calm me down promising me to feature me in his virtual concert.”

The musician in several posts on Facebook has blamed the blockages to his rise in the music industry to lack of support from industry players.

Below are some of the posts:

If you have a girlfriend, tattoo your name on her private part – Dada KD warns

If you have a girlfriend, tattoo your name on her private part – Dada KD warns