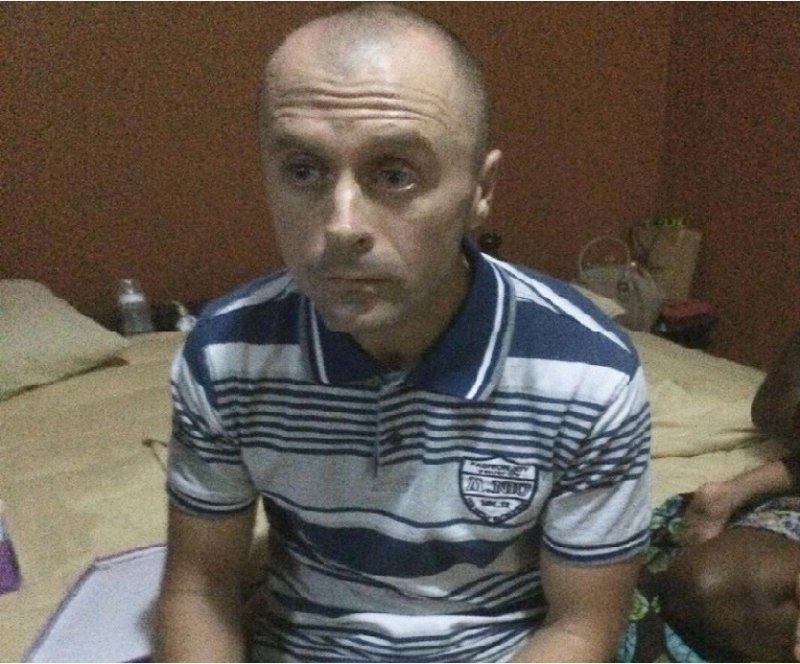 David McDermott, the British in-law of the former governor of the Bank of Ghana, has been jailed for 13 years following his extradition from Ghana to the UK earlier this year.
McDermott initially failed in a bid to avoid extradition and was hauled back to Britain, where he was yesterday jailed by the Liverpool Crown Court presided over by Judge Alan Conrad, QC.
Justice Conrad in his ruling said: “This case arises of a plan to import a massive quantity of cocaine of high purity from South America.
“It was a plan that very nearly succeeded. The value was enormous and the impact would have been enormous had the drugs reached the streets,” the Liverpool Echo reports.
The court heard Border Force officers intercepted some 16 holdalls full of the 79% pure drug on May 3, 2013 at Tilbury Docks in Essex.
The Prosecutor, William Baker, said 79% pure cocaine was “about the highest purity which cocaine can be produced.”
He said the shipping container was only inspected “by chance” because of an E. coli problem at the Argentinian meat factory.
Officers removed the 400 blocks with the logo “Burro” – Spanish for donkey – on the side and replaced them with dummy bricks.
The load was then delivered as planned to Wigan’s Cold Storage Ltd, where it was collected by courier James Mossman, 40, of Delaware Road, Kirkby.
Mossman – jailed for seven years and four months – collected two holdalls but abandoned them when he realised the drugs were gone.
Mr Baker said the gang, who had no idea the authorities were involved at this stage, met at the KFC restaurant at Aintree Retail Park.
Anthony Short, 42, of Croston, Lancashire, who bought the cover load of beef and was jailed for 22 years, was in regular contact with McDermott.
They thought the owner of Cold Storage might have stolen the stash and discussed threatening his family and burning down their home.
Mr Baker said the cocaine had a wholesale value of £19.5m, but if cut to street level purity, would have been worth some £70m.
He said: “My understanding is it’s the largest seizure in the North West of this drug.”
McDermott admitted his role in the conspiracy on the basis he would receive 50kgs of the drug.
His previous convictions include possessing cannabis, ecstasy and cocaine.
Damien Nolan, defending, said his client only dealt with Short and was not at the top of the plot.
He said he had four children in the UK, who he brought up on his own, as their mum was not involved for personal reasons.
Mr Nolan said McDermott also had a wife and two children in Ghana, the youngest of whom is six-months-old and he has never met.
He said: “They have not been able to visit. It has been a very difficult experience for him in custody.”
The lawyer said hard-working McDermott “had a complete change in lifestyle” and had been involved with the church in Africa.
Mr Nolan added his client had been diagnosed with an “aggressive form” of the debilitating illness Crohn’s Disease.
Background
McDermott was arrested earlier this year in Accra in connection with a smuggling plot to import 400kg of cocaine worth £71 million into the UK.
He had evaded UK authorities for three years, settled in Ghana and married Ramona Wampah, the step-daughter of the former Bank of Ghana’s governor, Dr Kofi Wampah.
The father-of-six was arrested in March the Ghanaian capital Accra where he, his wife and two children lived.
McDermott was arrested in March in Accra following a collaboration between the UK’s National Crime Agency officers and the Ghanaian Bureau of National Investigation at his home in the affluent Burma Hills area.
He was found to possess a Ghanaian passport with the name David Smith and said to be the owner of a mining company.