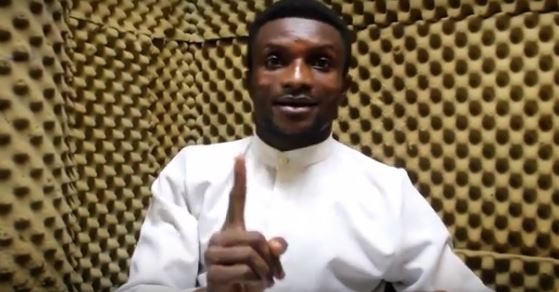 The spokesperson of the group calling itself the Association of Virgin Pastors, is angry with president-elect, Nana Akufo-Addo for not recognizing his contribution to his victory.
According to Apostle Job Antwi, the leader of the New Patriotic Party (NPP) failed to mention his name when he was thanking the men of God who helped him win the December 7 general elections.
The now de-virginised pastor claimed he together with his colleagues fasted and prayed for Nana Akufo-Addo but he failed to acknowledge them when it mattered most.
“I suffered to fast and pray for the NPP and Nana Akufo-Addo did not even mention my name. The NPP did not even invite me to their thanksgiving service” he bemoaned.
Apostle Job Antwi was however not surprised since according to him, only astors who live in luxurious mansions and drive fancy cars are the ones deemed fit to be invited for national or political functions.
The Apostle who also prophesied about Nana Akufo-Addo’s victory said he is not bothered by the snub and will still continue to pray for the NPP government.
“I really have power from the Lord. I declared Nana Addo the winner with facts and figures unlike other pastors and lame talkers who only professed Nana Addo the winner. I don’t take gifts from people before praying; the gift wasn’t sold to me so I don’t take delight in taking money from people” he stressed.
Apostle Job Antwi advised president-elect Akufo-Addo to praise the good lord from dawn to the morning of his swearing in as president.