I won’t be surprised if Nana Addo renames University of Ghana after J.B Danquah 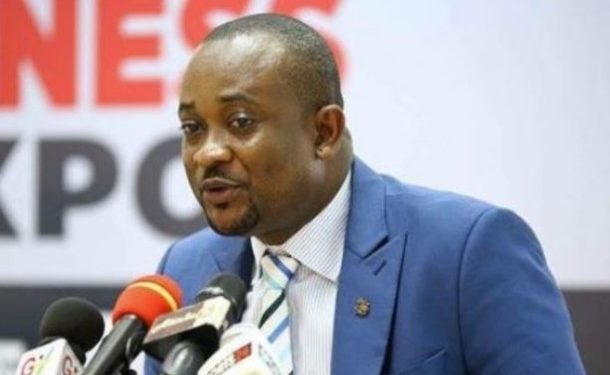 Deputy Information Minister Pious Enam Hadzide has said he will not be surprised if the University of Ghana (UG) is renamed after the late Ghanaian statesman Joseph Boakye Danquah.There are reports that the government may soon rename UG, J.B Danquah University. This follows the renaming of some tertiary institutions in the country with the latest proposal coming from the Governing Council of the University of Energy and Natural Resources (UENR) to rename the school after Dr. Kofi Abrefa Busia, Prime Minister of the Government of the 2nd Republic.Early this month, the Wa UDS campus was renamed S.D. Dombo University of Business and Integrated Development Studies.Speaking in an interview on Starr FM monitored by happyghana.com about the possibility of the University of Ghana to also be renamed, Mr Hadzide said, “I’ll not be surprised, I’ve done some reading and I would actually be excited that such doyen not only of African politics, not only Ghanaian politics but indeed international politics, a true blaze as far as the amplification of the African voice is concern. I would be quite excited that the governing council will make that consideration. However, I’m not aware that at this moment that consideration is being laid I’m not a member of the board…”Who was J.B Danquah?Nana Joseph Kwame Kyeretwie Boakye Danquah, PhD (18 December 1895 – 4 February 1965) was a Ghanaian statesman, pan-Africanist, scholar, lawyer, historian and one of the founding fathers of Ghana.He played a significant role in pre- and post-colonial Ghana, which was formerly the Gold Coast, and is credited with giving Ghana its name. During his political career, Danquah was one of the primary opposition leaders to Ghanaian president and independence leader Kwame Nkrumah. Danquah was described as the “doyen of Gold Coast politics” by the Watson Commission of Inquiry into the 1948 Accra riots.

‘I’m sorry I couldn’t do it today’: Serena Williams breaks down in tears