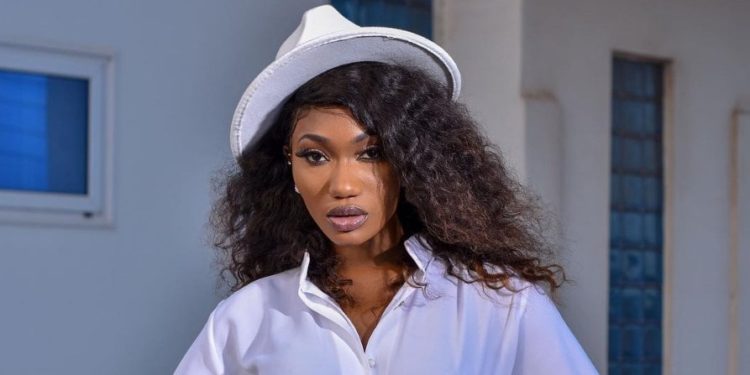 The Ghanaian social media space has been buzzing since the release of Wendy Shay’s latest track ‘Stevie Wonder’.

The German-born Ghanaian songstress on Monday 6 May 2019 released a single titled ‘Stevie Wonder’.The lyrics in the song seem to throw shades at her critics.

But the ‘Uber Driver’ hitmaker in an interview on e.TV Ghana’s award-winning celebrity show, ‘The Late Night Celebrity Show’ debunked the notion that she was throwing shots at people in her latest release.

She explained saying “I wasn’t throwing shots. I was just trying to tell people that God has been good to me. The Title Stevie Wonder because, he is visually impaired and he is a living legend. But whenever he comes on stage to perform, he does not see anybody because he is blind and still gives his 100 percent and that is me right there. Wendy Shay is Stevie Wonder in this context”.

“God has brought me this far so I don’t see whatever haters or people who don’t really like what I am doing do or say. I still give my 100 percent to whatever I do by giving them hitz songs,” she said.

To celebrate mothers around the world, Wendy Shay on mothers day released another single dubbed ‘Mama Shay’ to honour her mother.

Monitor Activities of Foreigners in order to address kidnapping problem

Monitor Activities of Foreigners in order to address kidnapping problem