I have given my all to support NPP – Disqualified aspirant 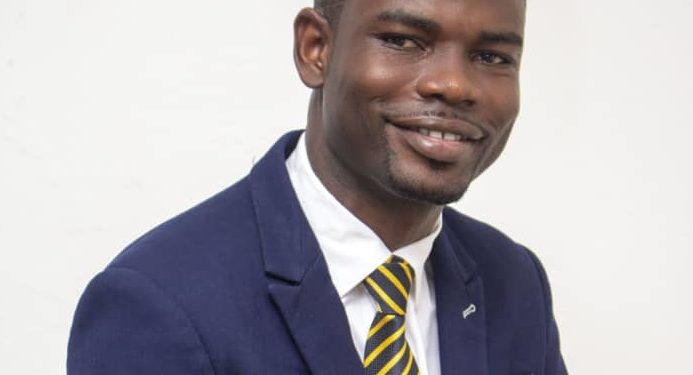 I have given all my to support NPP - Disqualified aspirant

In an exclusive interview on Happy 98.9FM’s ‘Epa Hoa Daben show, Bernard advised the constituency’s party executives to reconsider their decision and reinstate him.

He disclosed that he is going through the party’s due process for grievance handling but is being frustrated. “I have petitioned the party and I am waiting to hear from the appeals committee. This is not fair. I will fight this injustice”, he stated. He added that he was disqualified with no reasons and all attempts for a reason has yielded no results.

Commenting on his contributions to the development of the NPP at the national and local levels, Mr
Oduro explained that he is a member of the NPP’s youth wing training team that trained TESCON members across the country in 2019. In addition to other accomplishments, he has been a polling station chairman from 2012 to 2017, a polling agent for the NPP for the 2008, 2012 and 2016 elections , a zonal executive from 2012 to date for Kwatire-Adantia zone, leader of NPP’s Assembly members caucus from 2015 to 2017, polling station organizer from 2018 to date and an active member of Brong Ahafo Patroitic caucus.

The hopes of many parliamentary aspirants of the (NPP) in becoming legislators have been dashed after the Vetting Committee’s disqualified them from contesting the party’s parliamentary primary election that comes off on April 25. This incurred the displeasure of the aspirants as they deem their disqualification baseless and an attempt to favor sitting Members of Parliament (MP’s )in the party.

However, some Old Vandals of the University of Ghana have called on the NPP National Parliamentary Appeal Committee to restore Bernard Oduro Takyi as a candidate in the upcoming primaries. According to them, Mr. Oduro Takyi who was the President of the Hall during the 2009/2010 academic year is competent and has the proven track record to serve as a Member or Parliament (MP) in Ghana. The group further noted that as a non partisan body, they will support all vandals doing marvelously well irrespective of colour,race,religion or political affiliation.

Bernard Oduro Takyi is contesting the incumbent MP for Sunyani West and Minister for Employment and Labour Relations, Ignatius Baffour Awuah who is currently going unopposed after two of his challengers including Mr Oduro Takyi were disqualified.