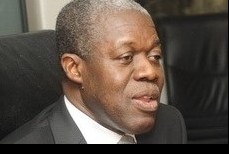 Vice President of the Republic of Ghana, Paa Kwesi Amissah-Arthur, says it baffles him why the people of Kwahu in the Eastern Region continue to vote for a different party instead of the National Democratic Congress.
The Kwahus are predominantly known for doing businesses for the betterment of their lives and development of the land and the NDC government has created an enabling environment for economic activities, he said.
The Vice President was speaking to chiefs and people of the Nkawkaw in the Eastern Region as part of his three-day campaign tour.
According to him, the Kwahus should be voting for the NDC since the former and latter are synonymous. The government has constructed roads to help facilitate the movement of their goods and other developmental projects.
Therefore if the people need an industrious and competent leader, they should not look elsewhere but vote for President Mahama to continue the good work.