‘’I am not copying Eshun’’- Vanessa Nice 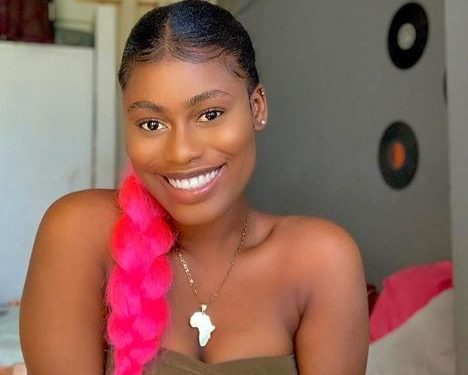 Ghanaian highlife and afro-beat musician, Vanessa Nice, has asserted that she is not copying her fellow artiste, Eshun’s style of music.

Asked by Foster Romanus on the Late Nite Celebrity Show if she has heard people say that she is copying Eshun’s style of music, she replied that when it comes to music, both of them have their own style and she is doing her own original self.

‘’We are different people doing different stuff. She’s doing herself and I’m doing myself so I am not copying anyone. I listen to her music and she’s good as well but I am not copying her. I get inspired in a lot of ways; different people, different types of music, personalities and sometimes from how I imagine things to be but I won’t specifically say from Eshun. A lot of musicians have inspired me.’’, she said.

Vanessa furthered that she has had people compare her lips and looks to that of Eshun’s, and other people comment on her pictures telling her she looks like Eshun but when they see her in real life, they find clarification that she actually does not.