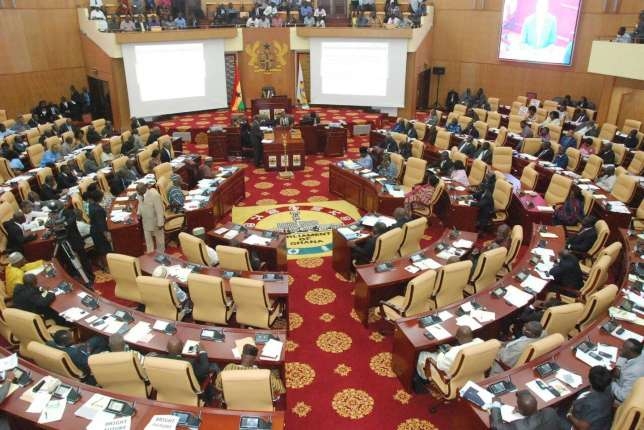 Osei Kyei-Mensah-Bonsu, Minority Leader in Parliament, has expressed worry over the delay of the Administrator General to furnish the House with a copy of the handing over notes to enable them get up to speed information on the state of the outgoing government.
He could not fathom why the legislature had not been given its copy of the handing over notes, which breaches the Presidential Transition Act 2012, Act 845.
Presidential (Transition) Act, 2012 is an Act that establishes arrangements for the political transfer of administration from one democratically elected President, to another democratically elected President, to provide for regulation of the political transfer of power and for related matters, which was assented on May 31, 2012.
On the floor of Parliament on Tuesday, the outgoing Minority Leader noted, quoting section 6 of the above Act that, thirty days before the Presidential elections, those handing over notes ought to have been ready and in the custody of the Administrator General.
Section 6 (1) of the Presidential (Transition) Act 2012, states that the Office of the President shall prepare a set of comprehensive handing-over notes covering the term of office, of the President as the Executive authority under article 58 of the Constitution.
It is worth noting that the section 6 of the Act provides in its subsequent subsections that the prepared handing over notes included those received by the President and the ministers on assumption of office, and notes on the activities of the Office of the President, Vice-President, Ministries, departments and agencies, as well as regional ministers and Metropolitan, Municipal and District Chief Executives (MMDCEs).
However, concerns raised by the Member of Parliament for Suame Constituency, who retained his seat on the ticket of the New Patriotic Party (NPP), followed business statement read by the Majority Leader and Leader of Government business in the House, Alban Bagbin, did not capture the receipt of the handing over notes as stipulated by the Act.
In his comment, Osei Kyei Mensah Bonsu explained, per the Act that, two months to the handing over, there should be accounts of where the State was, and Parliament should be accordingly furnished with the relevant handing over notes. The House also was to receive notes on the projections of government from November 7 to January 6, 2017.
“That indeed will inform the conduct of business of this House. Mr. Speaker, so I sought to know the handing over notes because Article 7 of the Act provides that the Administrator General shall make available to a person elected as President the original copies of the handing over notes.”
On the other hand, subsection (4) of section 6 stipulates that, the original and five other copies of the handing-over notes shall be presented to the Administrator-General but of the five other copies, the Administrator-General shall retain one copy, and one copy shall be sent respectively to Parliament, the Chief Justice, the Council of State, and the Public Records and Archives Administration.
“So Parliament ought to be given for us to know the conduct of business between 7th January 2013 to 7th November 2016 and also know the projections in the two months i.e. between 7th November and 6th January”, he stressed.
Meanwhile, the Majority Leader and MP for Nadwoli/Kaleo who also retained his seat for the National Democratic Congress (NDC), Alban Kinsford Sumani Bagbin, responded that it was not the mandate of Parliament to “hand over notes but to receive the handing over notes”, adding that “if Parliament had not yet been given the handing over notes, Parliament cannot be held responsible for that delay in being given the handing over notes.”
He continued that, the wheel of Government machinery must roll till the end of the four years as stated by the Constitution.
“And that’s exactly what we are doing. I don’t know which business here is a new business unknown to this House. The businesses that we are dealing with here mostly are businesses dealing with waiver of taxes on agreements that we have already approved,” he added.

Grant must not name any local player in AFCON squad – J.E Sarpong

Grant must not name any local player in AFCON squad - J.E Sarpong