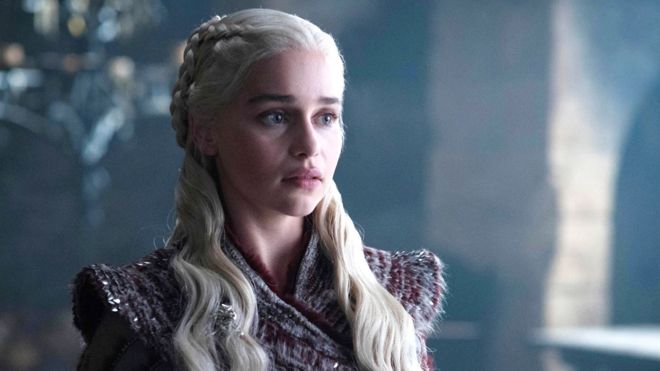 The final episode of Game of Thrones has been broadcast, drawing to a close one of the most successful series in television history.

But the season eight finale has received a mixed reaction from fans and critics.

More than a million viewers signed a petition to have the eighth season remade with more “competent writers”.

And, if the early reactions to the finale are anything to go by, the critics aren’t far behind them.

“There’s no doubt this season has been a rushed business,” wrote Lucy Mangan in The Guardian.

“It has wasted opportunities, squandered goodwill and failed to do justice to its characters or its actors.

“But,” she added, “the finale just about delivered.

“When you play the Game of Thrones, you win or you die. Overall, I think, it won.”

Mangan wasn’t the only critic to pick up on the feeling of haste in the production, with Erik Kain of Forbes writing: “I think the finale’s flaws were mainly born out of rush.

He said Daenerys Targaryen’s storyline this season was “far too hurried to work properly, but given the right amount of time and TLC, it could have been one of TV’s most incredible character arcs”.

He continued: “No matter the flaws in this season and last, no matter the various bad decisions over the years… it’s still one of the best TV shows ever made.”

Metro’s Adam Starkey said the final episode used “disjointed shortcuts with storytelling which have felt out of step with the show’s original eye for detail.”

He added: “It’s not quite the home-run we hoped for, but it’s hard to feel bitter against a show operating at such a thrilling, operatic scale.”

Some critics were slightly more forthcoming in their disapproval.

“What an absolute anticlimax,” wrote Nicola Agius in The Sun.

“HBO, didn’t you watch this series before agreeing to air it? I mean, you had two years! I want to find the writers, grab a bell, ring it at them repeatedly while chanting ‘shame’ over and over again. Perhaps then they’ll get the message.

“On a brighter note, at least I’m not sad Game of Thrones is over any more. Thank you season eight for making this goodbye so much easier than it should have been.”

In a two-star review for The Independent, Nick Hilton said: “For fans who have devoted themselves to the preceding 72 episodes with a fervour that rivals the biggest franchises in cinema and literary history, it doesn’t deliver that crucial coup de grâce of making you feel, making you care.

“A few years ago, it would’ve been hard to imagine watching the final shot of Game of Thrones without the twinkle of a tear in the eye, but, tonight, that was the reality.”

The Telegraph’s Ed Power said: “The most crushing thing about the Game of Thrones finale was how empty it all felt.

“Not once did the feature-length farewell come close to tugging the heartstrings.”

Author Stephen King was among those defending the show on Twitter.

“There’s been a lot of negativity about the windup, but I think it’s just because people don’t want ANY ending,” he wrote. “But you know what they say: All good things…”

Several cast members posted tributes to the show and its crew on social media after the finale.

“Thank you for supporting this show right through till the end,” wrote Sophie Turner ahead of the broadcast.

“Game of Thrones has shaped me as a woman, as an actor and as a human being,” said Emilia Clarke.

Gwendoline Christie and John Bradley West were among the other GoT actors writing farewell posts on Instagram.

Game of Thrones was trending on Monday after the final episode was broadcast – although that was party down to fans who had spotted a water bottle on display behind a character’s foot.