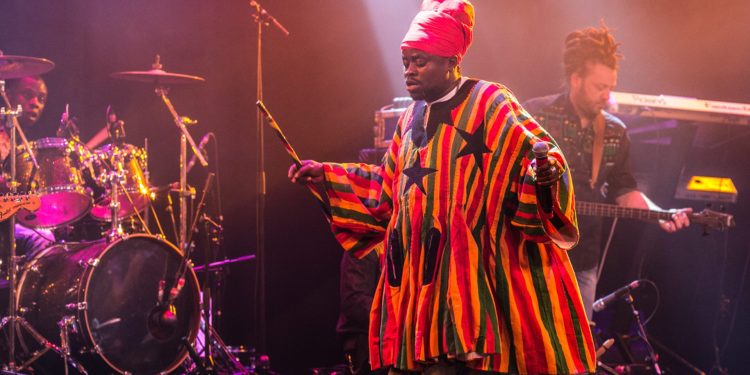 He made this revelation on Happy98.9FM’s Ayekoo After Drive. “The late Gaddafi sponsored my ticket on my first trip out of Ghana to the Netherlands,” he stated.

Read more: Had to pretend I wasn’t Ghanaian to avoid stereotyping

When asked by host DJ Advicer if he ever had the chance to meet the political theorist, Black Prophet sadly responded in the negative. He replied, “I was about to meet him when the system killed him.”

On October 20, 2011, Colonel Muammar Gaddafi, deposed leader of Lybia was dragged from a drain pipe, tortured and killed during the Battle of Sirte.

The one-time revolutionary who overthrew a king and promised a country governed by the people, met his end at the hands of a new generation of revolutionaries – Libyans seeking an end to Gaddafi’s 42-year rule.

Muammar Gaddafi’s overthrow and death left a void in the region as well as Libya, which has yet to be filled. The ongoing civil war raging in the country demonstrates that years after his brutal killing, his influence can still be felt in post-Gaddafi Libya

Radio stations being loyal to political parties is not wrong but….

Camidoh details on his Save the Kids initiative

Camidoh details on his Save the Kids initiative