e.TV Ghana, your world of quality entertainment, has commenced its tenth (10th) anniversary celebration with a cake-cutting ceremony and special birthday editions of its flagship shows at its studios in Accra.

The birthday-edition shows saw former on-air staff of the station joining in to share their experiences as hosts back in the day. 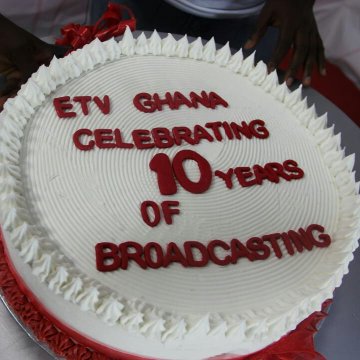 Rahman Osman, one-time eTV sports presenter, was full of praise for the station. “e.TV was the first station that took a chance on me and I am really thankful. I was in level 100 in the University of Ghana Legon when I started working at e.TV as a staff on salary. I would have done it for free. It is the best place to start your career and grow.’’

Russel Wiafe, who is currently with the United States Army, recalled what an amazing encounter it was to be on the team.
“It was a roller coaster with Fati Shaibu our editor back then being all stiff on us. I figured she was tormenting us but later found out it was tough love”, Russell recounted.

Eli Kondoh joined Ohene Brenya Bampoe and Evergreen Lukeman Mumin on set as a co-host
of the special birthday edition. “It is a pleasure to be back and still see the show which started with fire still hot and upbeat” Eli noted.

JOT Agyeman revealed “e.TV is one of the greatest places I have worked in. I was given the opportunity to experiment and create a hybrid out of the station. Blending Ghanaian and South African programming giving viewers something they wanted.’’

Adding his voice to these testimonies, Paul Anomah Kodieh, an all-star of employees who have been with the company from the very beginning thanked e.TV and the Chief Executive Officer (CEO), Mr. Ernest Boateng for giving him the chance to be a part of such a great family.

“This is 10years and there are a lot more we can do. Let us keep the unity, improving inclusion and being the best in the media space” Paul stated.

Mr. Ernest Boateng CEO of Global Media Alliance Group commended all the staff of e.TV Ghana past and present for their contributions towards the e.TV Ghana story.

”As the celebratory messages pour in from all angles, I would like to add my voice and say thank you to every single staff of e.TV Ghana past and current for believing in the concept of e.TV Ghana as a brand.

I would also like to express my profound gratitude to all our stakeholders for their continuous support. Congratulations to each and every one of us” Mr. Boateng stated.

Project lead of the anniversary celebrations, Ebenezer Acquah speaking at the sidelines revealed that,
“The anniversary is a milestone worth celebrating and no effort has been spared to make it memorable and remarkable.”

Programmes Manager of e.TV, Mrs. Nosisa Doe expressed her gratitude to staff who graced the occasion and their efforts in making the station what it is now. 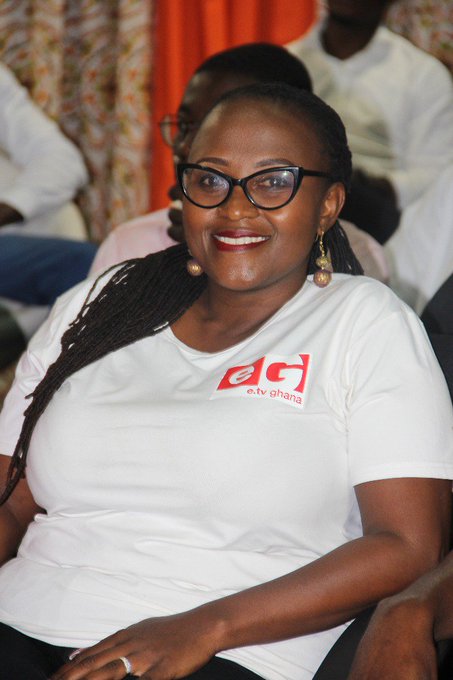 “It is a great pleasure to celebrate this anniversary with our able staff who are nothing short of professional and dedicated. It is our combined efforts which accounts for our success and we hope to be even better in the years to come” she said.

e.TV Ghana as part of the celebration of the ten-year milestone has also outlined year-long commemorative activations and events.

Ephraim sparks at Ruff n Smooth for ‘using’ him

I neither believe in heaven nor the Bible-Quotation Master