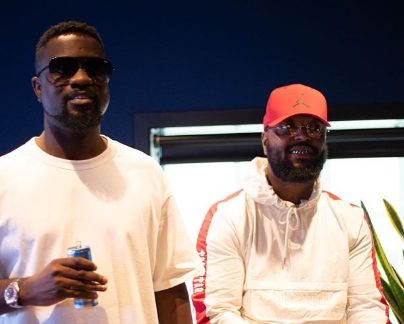 British-Ghanaian Singer and Rapper,Ian Greenidge, popularly known as Donae’o has divulged that a lot of improvement has happened in the Ghanaian music industry since his last appearance in Ghana.

Read More: Donae’o opens up on how he feels about artistes remixing his ‘party hard’ song

He reiterated the attractiveness of the Ghanaian music industry by relating that artistes such as Stonebwoy, Sarkodie and Shatta Wale could individually do a concert and sell it out in the UK.

He further instanced how King Promise was able to sell out his concert in the UK with success.”King Promise just did a concert where over a 1000 people in the UK attended and it was sold out”, he added.

He hinted that he was set to have collaborations with some of the great acts in the Ghanaian music industry.

Donae’o is widely known in Ghana for his popular ‘Party Hard’ music in 2009 and a recent collabo with Sarkodie and Idris Elba on the song ‘Party and Bullsh*t.