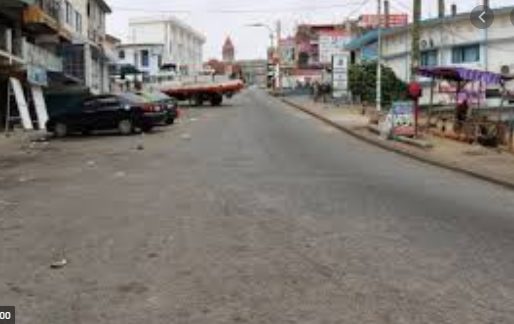 A Happy FM regional correspondent, Kwasi Baah, has said in a Saturday morning interview that, majority of the towns in the Eastern region has turned to ‘ghost towns’.

It is the same day that the National Identification Authority (NIA) suspended the mass Ghana card registrations in the region.

He made these revelations on ‘Showbiz Xtra’ with Doctar Cann.
‘’ A lot of people are scared, I visited Suhum today and the streets were deserted, ‘trotro’ (mini bus) drivers are complaining of low patronage. Most shops are closed except for pharmacies that are still opened for business”, Kwasi Baah said.

According to Kwasi Baah, there was only one registration centre that had some NIA officials distributing some Ghana cards.

‘’It was only one registration centre out of the numerous ones I visited that some NIA officials were distributing cards, but there were no new registrations’’, he stated.

The NIA came under pressure to call off the mass registration in the Eastern region following the ban on public gathering by President Nana Akufo-Addo, after Ghana started confirming positive cases of the deadly new coronavirus disease (Covid-19).

However, following an interlocutory injunction application filed at the High Court by two individuals, effectively restraining the NIA from continuing with the mass Ghana Card registration; the NIA was forced to suspend the registration exercise in the region effective Saturday, March 21, 2020.

As Coronavirus pandemic continues to ravage cities and towns across the world, this astonishing moment when the world hit pause on normal life will never be forgotten by those who lived through it. While some parts of the world are getting back online, the images that remain will populate the historical record, reminding citizens of the world how vulnerable human beings are and how important it is to take care not only of ourselves but of one another.