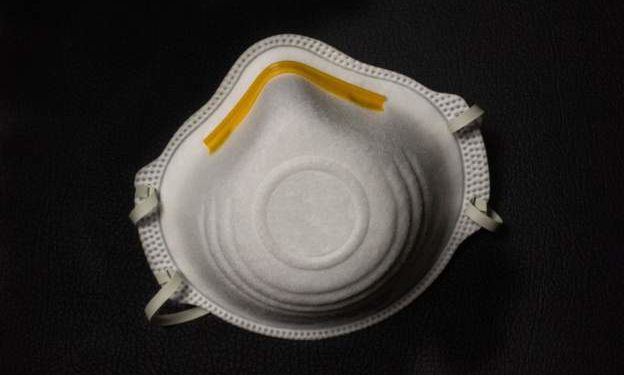 Ghana’s coronavirus cases has jumped from 27 to 52 in 24 hours. Ghana recorded 27 cases as at Monday night. But Tuesday morning, the health Minister Kweku Agyeamang Manu confirmed that 25 more cases have been recorded after quarantined persons tested positive. “185 test results have been received. We have 25 of those quarantined tested positive. This means we have 52 tested positive at the moment.” Ghana has put 1,030 persons at quarantine and collected samples from 611 people for testing. For the collected samples, 185 tests were completed out of which 25 tested positive. Yesterday, another person died because of coronavirus infection, bringing the total fatalities to 2 as total cases is 57.

Health minister and Conservative MP Nadine Dorries has been diagnosed with coronavirus.

Ms Dorries, the first MP to test positive, said she had taken all the advised precautions after finding out and has been self-isolating at home.

This comes as a sixth person died from the virus in the UK, which has a total of 382 cases.

The latest person to die was a man in his early 80s who had underlying health conditions.

The Bank of England has announced an emergency cut in interest rates in response to the economic impact of the coronavirus outbreak.

Rates have been cut from 0.75% to 0.25%, taking the cost of borrowing back down to the lowest level in history.

Meanwhile, Manchester City’s Premier League match against Arsenal on Wednesday has been postponed as “a precautionary measure” because of the outbreak.

A number of Arsenal players are in self-isolation after coming into contact with Olympiakos owner Evangelos Marinakis, who tested positive for the virus.

The government will unveil its first Budget later, amid growing fears about the impact the outbreak will have on the UK economy.

Chancellor Rishi Sunak has pledged the NHS will get “whatever resources it needs” during the crisis, while he is also expected to unveil measures to boost the self-employed and small businesses who are left out of pocket.
Meanwhile, NHS England said it was scaling up its capacity for testing people for the infection, with the number of cases set to rise.
Ms Dorries, the MP for Mid Bedfordshire, said in a statement that Public Health England had started tracing people she had been in contact with, and the department and her parliamentary office were closely following its advice.

The 62-year-old, who began her career as a nurse, later tweeted that it had been “pretty rubbish but I hope I’m over the worst of it now”.

But she added she was worried about her 84-year-old mother who was staying with her and began to cough on Tuesday.

It is not known how many meetings Ms Dorries had attended at Westminster or in her constituency in recent days.
The Department of Health said she first showed symptoms on Thursday of last week – the same day she attended a Downing Street event hosted by the prime minister.

No 10 did not comment on whether Boris Johnson had undergone testing, or whether he will now be tested.

Public Health England will advise those who have had recent contact with Ms Dorries, including ministers and officials, as to whether they need to self-isolate and report any symptoms.

Media captionSteps the NHS says you should take to protect yourself from Covid-19
Health Secretary Matt Hancock tweeted that Ms Dorries had “done the right thing” by self-isolating at home and wished “her well as she recovers”.

Public Health England, which has already carried out more than 25,000 coronavirus tests across the UK, is set to expand the number of people it can test a day to 10,000 – currently 1,500 are being carried out.

Confirmation of any positive test results will also be accelerated with most people getting a result back within 24 hours.
NHS chief scientific officer Prof Dame Sue Hill said the health service was preparing to cope with more cases.

“Every hospital across the country, and the healthcare professionals who run them, are now actively planning to respond flexibly to manage new demand.”

Scotland, Wales and Northern Ireland will be expected to roll out their own testing services, but there will be some shared capacity between nations, depending on need.

The number of total cases for the UK include 324 cases in England, 27 in Scotland, 16 in Northern Ireland and 15 in Wales.

There are 91 in London, with the next highest infected area being the south-east, with 51 cases. Cases by local council area in England can be viewed here.

The latest person to die, on Monday, was a man in his 80s, with underlying health conditions, who was being treated at Watford General Hospital.

He caught the virus in the UK and officials are trying to trace who he had been in contact with.

Media caption”I never thought I’d say this but I’d probably rather be in school,” says Oliver Fox.
The Foreign Office has warned Britons against all but essential travel to Italy, which is experiencing the worst outbreak outside China.

Italy has introduced strict travel restrictions, with people being told to stay home, seek permission for essential travel, and give justification if they want to leave the country.

The Foreign Office is advising anyone arriving in the UK from Italy since Monday evening to self-isolate for 14 days.

The government says it has facilities to accommodate Italian visitors to the UK should they need to self-isolate.

British Airways has cancelled all of its flights to and from Italy until 4 April, and has asked staff to take voluntary unpaid leave.

Easyjet, Ryanair and Jet2 are also cancelling their flights on Italian routes, though EasyJet will operate “rescue flights” to bring British travellers home in the coming days.

“We know we’ll have to go into quarantine when we get home.”
“It’s the weirdest holiday I think I’ve ever been on,” said Hannah Butcher, from Newbury, Berkshire, who is in Rome with her husband for their first holiday alone since having a child.

“We arrived on Sunday. The advice then was as long as you’re not going into Italy’s red zone, you’re OK.

“We’re currently sitting in a restaurant and everyone here is in staggered rows because they have to sit one metre apart. It’s quite weird seeing families spread across multiple tables.”
She added that people are “only allowed to enter shops one at a time”.

“All the attractions are closed; there are queues out the door of supermarkets and the butchers. There are police driving round making sure the rules are enforced and a noticeable armed police presence, presumably to keep order.”

She said they were due to fly home with Ryanair on Wednesday morning and had not been informed of any flight updates.

The government is considering a policy of “cocooning” groups of people who are most vulnerable, such as older people in care homes, who may be kept apart from the wider population Great Ormond Street children’s hospital cancelled some non-essential cardiac operations for two weeks after a health worker in its cardiology department tested positive for the virus.

Royal Bank of Scotland, Lloyds and TSB banks said they would allow customers to defer mortgage payments if needed.

One of the UK’s biggest insurers, Aviva, has cut back on the cover available in new travel insurance policies because of coronavirus, with people not able to add cover for “travel disruption”

The Church of England has urged parishes to stop contact during services – including sharing the chalice and shaking hands for the sign of the peace.

British nationals who were on board the virus-hit Grand Princess cruise ship are being flown back to the UK where they will go into self-isolation.

Google tells staff to work home due to coronavirus