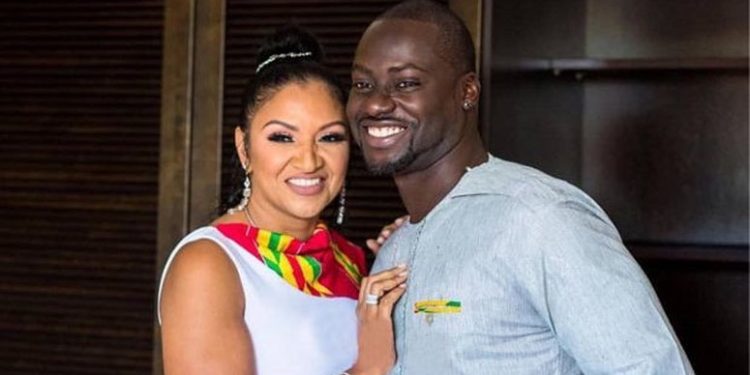 Chris Attoh’s wife, Bettie Jenifer, has been shot dead while leaving her office in Maryland in the United States of America.

She was fatally shot in the head in the parking lot of her Maryland office building Friday, police say.

Jenifer, 44, had left the office in the 6300 block of Ivy Lane and was walking to her car when a man armed with a handgun approached her, police from the Greenbelt Police Department said, according to nbcwashington.

When she tried to run away, the man followed her and fired off multiple rounds, with at least one shot striking her, news website quoted the police as saying.

He then fled in a vehicle, the police added.

She was declared dead at the scene.

Police described the suspect as “a black male with a think build and black hair, wearing a dark shirt and pants.”

Chris Attoh and Bettie Jenifer married tied the knot in 2018 after breaking up with his Nigerian wife, DamiloIa Adegbite.

The Ghanaian actor sparked divorce speculation last week after deleting all photos of his wife from his social media handles.