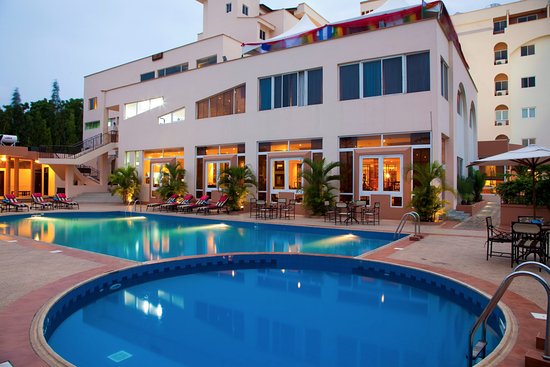 The Greater Accra Hotels Association has attributed their high bills to various fees charged by over 17 regulatory bodies in the sector.

The Regional Chair of the Association, Benjamin Afunya insisted that it is not their will to charge such exorbitant bills but the circumstance forces their hand as it will any profit-making venture.

“It is not our will to charge high hotel bills. We have about 17 regulatory bodies in our sector to which we make regular payments. We pay processing fees and permits for every room we have. Just multiply every single room a hotel has by these charges and you’ll see the high amounts we pay, especially for upscale hotels. The Ghana Standards Authority (GSA), Ghana Revenue Authority (GRA) the Ghana Fire Service (GFS) all charge us some fees and we also pay property rates charges to the local assemblies,” he stated.

He disclosed that hotels barely break even as the sum of these charges alone affects their profit. “Taxes and levies alone account for the charges on hotel rooms and other services leaving us to make minimal profits.”

According to him because of the high cost of living in hotels, the ordinary Ghanaian is not incentivized to visit local tourist sites.

He appealed to the government to reduce tourism levies and other charges hotels pay. “This will make the ordinary Ghanaian happy as they can now afford to travel more and this will eventually generate revenue for the country.”

Benjamin Afunya posited that the ripple effects of these reduced charges paid by hotels to regulatory bodies will also create employment for the country’s youth. “We will also employ more people because tourism will be at an all-time high. We will be boosting domestic tourism and creating jobs at the same time.”

“The domestic tourism campaign launched by the government is a great initiative but with the introduction of the 1 percent levies, increase in fuel and transport prices, it’ll cost more for one to tour. For domestic tourism to flourish, then, taxes, levies and the cost of energy must be reduced for us,” he reiterated.

President Nana Akufo-Addo officially launched the Domestic and Regional Tourism Campaign designed to stimulate the tourism industry. Under the auspices of the Ministry of Tourism, Arts and Culture, the Ghana Tourism Authority, the Ghana Tourism Federation (GHATOF) and other tourism industry players, the official launch event took place on 1st June 2021 at Labadi Beach Hotel.

It was a full house as industry stakeholders were in attendance to inaugurate a campaign that will shift the tourism industry’s focus towards encouraging travel in Ghana and regional countries. In a speech read on his behalf, the President said, “Global tourism suffered its worst year on record in 2020, with international arrivals dropping by some 74% according to the latest data from the World Tourism Organization.” This is significant because Ghana’s tourism industry has historically benefited from international travellers and with the impact of the global pandemic, the industry has experienced a serious decline. The President is confident that the Ministry of Tourism, Arts and Culture and the Ghana Tourism Authority will achieve the targets of improving tourism through this new campaign. “The domestic tourism program, which was launched yesterday targets increasing domestic arrivals to 600,000 by 2022 and to one million by 2024.” as said in the president’s speech. “Whiles the West African regional target aims at increasing arrivals from 180,000 presently to 400,000 by 2024.”

The aim for this new campaign is to stimulate the economy as we travel within our own borders and to our neighboring ECOWAS countries. The campaign theme is #ExperienceGhana #ShareGhana. Travel industry stakeholders will be offering discounted packages on tours, accommodations, and transportation to encourage the public to take advantage and explore Ghana. The 18-month long campaign will also include contests open to the public that will offer exciting prize packages.