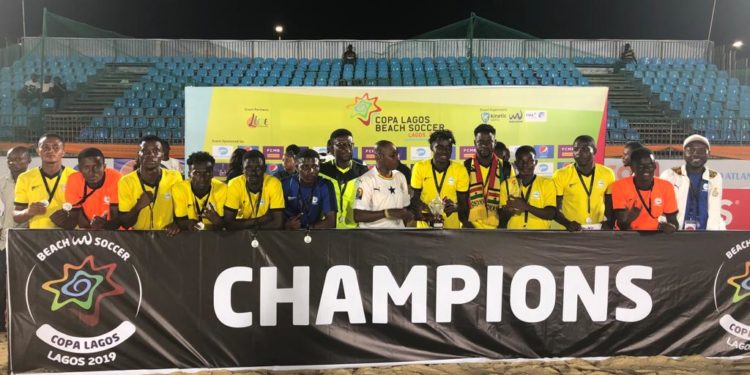 Keta Sunset Club will today present the trophy, medals and Most Valuable Player awards they won at the 2019 Copa Lagos Club Championship to the Sports Minister and Ghana Football Association president today.

The three-times reigning Ghanaian champions scored a tournament-record 23 goals including a 15-3 demolition of the Pepsi Football Academy on their way to defeating all their opponents in Lagos.

A delegation of players, team officials and Ghana Beach Soccer executives would pay a courtesy call on the Youth & Sports Minister Hon Isaac Asiamah as well as the newly elected Gfa President Kurt Okraku and his executives to present their laurels.

The beach soccer trophy would be the first title to be recorded by the new Gfa administration after two weeks in office.

Video: The Acting Industry is not a Stable Place – Rahim Banda