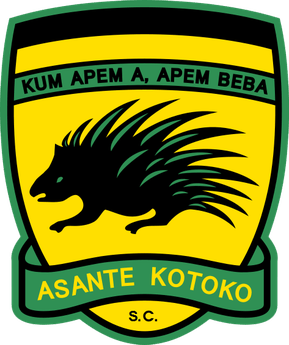 The Chief Executive Officer of Asante Kotoko SC, Nana Yaw has confirmed that the team has taken a decision to donate GH₵5,000 to help with the medical bills of the Offinso accident victims.

The sad incident happened on Saturday as players of the Africa Vision Soccer Academy were returning from a registration exercise at Afrancho en route to Offinso when they got involved in an accident which claimed the lives of eight young footballers as the minibus they were travelling on plunged into the Ofinso river.

Six of the young footballers died on the spot while one who was in a critical condition died at the Komfo Anokye Teaching Hospital in Kumasi on Sunday.

The football fraternity including FIFA and CAF have shared condolence messages with the club and the families of the footballers killed in the accident.

Asante Kotoko CEO Nana Yaw Amponsah at the unveiling of the new management team on Tuesday disclosed that the team will support the medical bills of those affected.

Nana Yaw Amponsah again confirmed that the club will attend all funerals of the deceased and help out. he further entreated other clubs to do same to help revive colts football.

The 2019 GFA presidential candidate also disclosed a new partnership deal with a yet to be named English Premier League side at the press briefing.

He mentioned that the partnership deal is 90 per cent and will be announced soon in the coming days.

“Our partnership deal with the English club is 90 percent done”.

Nana Yaw Amponsah mentioned that there are plans to turn the team’s training field Adako Jachie into an ultra-modern training facility within the next three months.