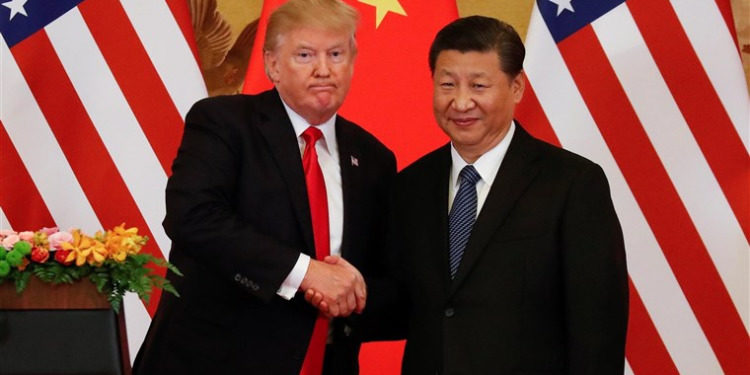 A conservative lawyer has filed a class-action lawsuit against China for the coronavirus pandemic, pushing an unsubstantiated claim that the Chinese government developed the virus as an illegal biological weapon to unleash on the world.

Mr Larry Klayman and his group Freedom Watch filed the complaint in federal court in Texas seeking at least $20 trillion from the Chinese government because of its “callous and reckless indifference and malicious acts.”

Researchers and public health experts have repeatedly shot down the conspiracy theory that the coronavirus was man-made, with studies showing it originated as an animal virus that eventually jumped to humans. Nonetheless, the claim has gained traction on the right, with conservative media figures seizing upon it to advocate for a more aggressive U.S. posture toward China.

The lawsuit was filed on behalf of Klayman, Freedom Watch and Buzz Photos, a Texas company that specializes in high school sports photography. Klayman said the school closures and sports cancellations have led Buzz Photos to close and brought it to the brink of bankruptcy. According to the lawsuit, the company lost roughly $50,000 last weekend alone and has been forced to lay off workers.

“There is no reason why the American taxpayer should, contrary to the establishment in Washington, D.C., have to pay for the tremendous harm caused by the Chinese government,” Klayman said in a statement. “The Chinese people are a good people, but their government is not and it must be made to pay dearly.”

The lawsuit claims that this variation of the coronavirus was created by the Chinese government as a biological weapon and released by the Wuhan Institute of Virology, located in Wuhan, China, where the coronavirus outbreak originated.

“Although it appears that the COVID-19 virus was released at an unplanned, unexpected time, it was prepared and stockpiled as a biological weapon to be used against China’s perceived enemies, including but not limited to the people of the United States,” the complaint states.

While the coronavirus outbreak originated in China, it has since spread to more than 150 countries. In the U.S., the number of reported cases has topped 9,400 and the death toll is 152.

States and the federal government have taken steps designed to limit the number of new cases, including by closing schools, cancelling large gatherings and ordering restaurants, bars and theatres to shutter. The Centers for Disease Control and Prevention has also recommended gatherings be restricted to no more than 10 people.

To combat the economic effects of the coronavirus, President Trump signed into law earlier this month an $8.3 billion package to assist with the government’s response. On Wednesday, he signed a coronavirus relief measure that provides free testing and paid leave for certain workers.

Lawmakers on Capitol Hill are now working on a third package that could provide cash payments to Americans, small business loans and assistance to the airlines and other affected industries.

The Trump administration has sought to link the coronavirus to China, arguing the Chinese government covered up the outbreak and silenced doctors who tried to sound the alarm. Mr. Trump has called it the “Chinese virus” and Republican lawmakers have referred to it as the “Wuhan virus.”

“China tried to say at one point — maybe they stopped now — that it was caused by American soldiers,” Mr. Trump told reporters yesterday when asked why he calls the coronavirus the “Chinese virus.” “That can’t happen. It’s not going to happen, not as long as I’m president. It comes from China.”