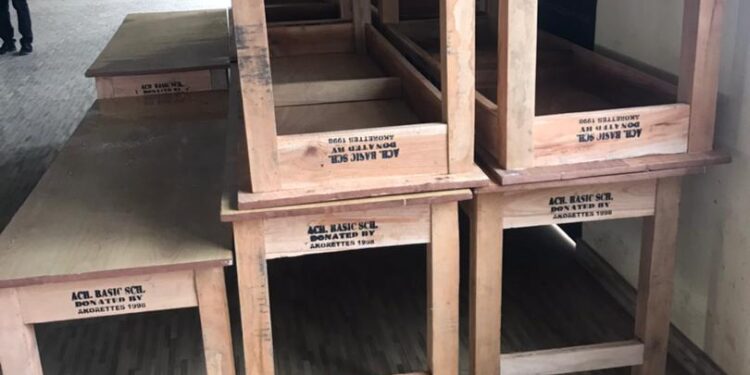 The 1998 group of the Old Achimota Primary JHS also known as Akorette 98 made a donation to the school.

The alumni group made a donation of 40 benches and 20 tables worth GHS 10,000 to the school. The items were donated towards improving the seat arrangements in the newly constructed dinning hall since the resumption of academic learning in schools.

The delegation representing the Akorette 98 group was made of Cletus Darrah, Dominic Akomeah, Eric Sun Doe and Bernard Adu-Gyamfi.

The Akorette 98 group through its delegation assured the Headmistress and the school of their continued support.