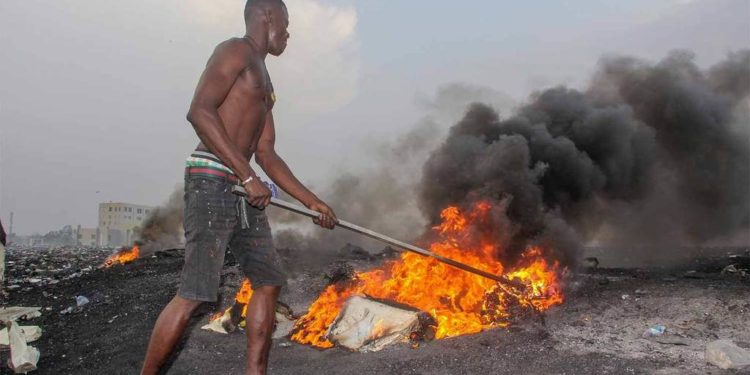 In commemoration of the UN World Environment Day, which is celebrated on June 5 every year, ‘Waste or Create’, a Non-Governmental Organisation (NGO), embarked on sensitization campaigns in various schools, markets and communities in the Greater Accra Region.

‘’According to the World Health Organisation, an estimated Six Hundred (600,000) people in Africa die annually due to air pollution’’, she revealed.

She also listed a number of human activities that contribute to air pollution on the continent. “By dumping and burning rubbish anywhere, smoke from factories, fumes from exhaust pipes, cutting down trees for firewood and charcoal, and defecating in the open, we produce toxins and bad smell into the atmosphere which affect the quality of the air we breathe”, she said.

She went on to explain various means through which air pollution could be reduced; these include using gas or electric stove to cook, separating waste into plastic, paper and organic for easy recycling and planting more trees.

After answering questions from the students, she entreated them to share all that they learnt with family, friends and neighbours in order to bring change of attitude in their various communities.

“Share the knowledge you acquired here today with others. In so doing, you are also contributing to reducing the health risk associated with air pollution”, she concluded.