A Call for Transparency: PPA takes steps to address lack of fairness in large GRA procurement, but more needs to be done 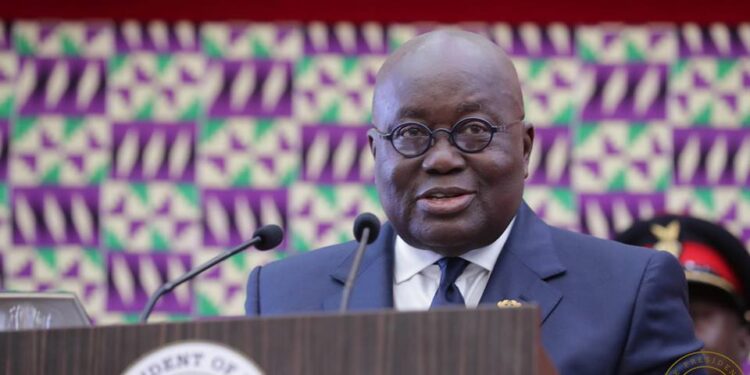 Over a month ago, Bluegrass Group Limited, a company few in Ghana had heard of before, announced that it had finally delivered its first consignment of Maths Sets to the Ministry of Education to be distributed to SHS students in Ghana. There was quite a bit of noise made and questions raised about why this little known company was solely mandated to procure Kapek Scientific Mathematical Instrument (SMI) for students. The Ministry of Education responded by saying that Bluegrass was the only certified company in Ghana that could supply the West African Examination Council (WAEC) approved SMI sets, which is a requirement for the West Africa Senior School Certificate Examination exams. Brows were raised, many questioned the cost and some inquired about the delay in supplying the Maths Sets.

Despite this outcry, in a similar case involving a much larger procurement, on 9TH September 2020, De La Rue, a Kenyan entity affiliated to a publicly listed UK Group with a questionable history issued a press release stating that it had been awarded a 5-year Digital Tax Stamp (DTS) solution procurement contract by the Ghana Revenue Authority. For such a sizable contract of $73,270,000 over a 5-year duration, GRA has remained relatively silent. The only proof of said award is a letter written to an applicant on 4th September 2020, in response to inquiries about the status of a proposal submitted by one of the applicants. Fortunately, the Public Procurement Authority (PPA) has since temporarily suspended the DTS contract in response to the public outcry. But more work needs to be done to ensure this pattern does not continue.

Viewed in the shadow of the earlier SMI contract award, the history of this DTS procurement highlights a pattern of unfairness and lack of transparency. Following GRA’s Request for Proposals (RFP) on 11th February 2020, for provision and supply of digital tax stamps, an applicant submitted a proposal on 10th March 2020. As at June 2020, GRA had not informed applicants about the outcome of their proposal. After written inquiries by one of the applicants on 29th June, 8th July and 3rd September 2020, GRA finally responded on 4th September informing an applicant that its proposal was not successful and that it obtained a score of 70, which was 10 points below the passing score of 80 marks indicated in the RFP. The score raised a red flag for the applicant since it sought a number of clarifications from GRA before submitting its proposal, and per their internal checks and balances guided by GRA’s evaluation criteria and the scoring methodology attached to the RFP, it should have scored far more than the required 80%.

The RFP of GRA indicated that GRA will promptly respond in writing or in electronic form the grounds upon which a tender was unsuccessful upon request. GRA has not done so as of a date in particular in relation to how GRA applied its evaluation criteria, despite requests made for example on 16TH September and 28TH September by unsuccessful applicants.

In fact, GRA has kept mum about the processes, for which they should have been forthcoming, especially since it was part of their obligations to applicants submitting a proposal in response to their RFP. They failed to have a tender opening as indicated on their Tender Date sheet and failed to provide full disclosure about the reasons for being unsuccessful to other companies who put in a bid, namely Authentix, SICPA, National Technologies Limited and Strategies Security System.

Markedly, GRA failed to issue a notification of intention to award the contract. The evaluation process is also in doubt since a simple comparison of the capabilities, proposed methodology and criteria of other applicants indicate a minimum of a pass mark. The actions of GRA, particularly the suppression of information, leave room for mistrust. This is quite ironic for an institution whose core values are fairness, integrity and service. Nothing about this process suggests that. The exact opposite has been exhibited.

Africa’s time is now and as such we can no longer afford to do things haphazardly. Transparency must be enforced to make the continent an attractive and viable business destination. The world has become interconnected. Fairness must prevail. We must create a level playing field where rules and requirements are explicit and enforced to allow all businesses to compete fairly. The current Ghanaian administration is taking strides to fight corruption and create a welcoming environment for business. Yet, there are institutions and individuals whose actions derail the agenda, thereby creating a sentiment of distrust, which is harmful to both indigenous businesses and foreign investors.

The Public Procurement Authority (PPA), which is the regulatory body responsible for the effective implementation of the Public Procurement Law, is intensifying efforts to ensure fairness, transparency and non-discrimination in public procurement in order to promote competitiveness and increase the confidence of stakeholder in the Public Procurement process. Watchdogs think tanks and other institutions are also helping to crack the whip. More must be done. We need a system that leaves no room for doubt to allow us to achieve our goal of a Ghana beyond aid.

While it’s laudable that the PPA has stepped in, it’s worrying to know that this was about to slip under the radar. GRA flouted the rules of engagement in this regard. Companies like Authentix and SICPA are stakeholders not just in relation to this tender but in the broader business environment. This could be their first experience in Ghana that has ended up sullied.

The lack of transparency in the government’s tender process cannot be allowed to have a deleterious effect on the environment for business and activities and Foreign Direct Investment in Ghana. It is our hope that the PPA will win the war against dubious transactions and achieve its objective to boost confidence and trust in the procurement world.

“Where are they”: I don’t regret choosing to play for Ghana instead of Nigeria – Joetex Frimpong

“Where are they”: I don’t regret choosing to play for Ghana instead of Nigeria - Joetex Frimpong